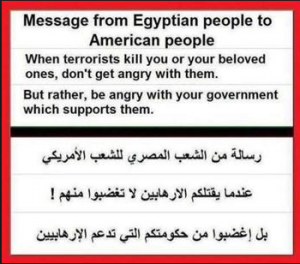 On 16 May 2015, the criminal court sentenced Mohamed Morsi and others to death penalty in the case known as “escape from Wadi Alnatron prison during the 25th of Jan 2011 events”.

Why sentence to death?

Mohamed Morsi and others committed several crimes and this is why the court was reassured of all evidences and witnesses testimonies, whether defense witnesses or prosecution witnesses.

Muslim Brotherhood and others were also condemned of carrying heavy weapons in resisting the Egyptian authorities.

In addition, to their hostilities acts against the independence, unity and the national security of the Egyptian territories. Killing and attempted to kill Egyptian soldiers and officers from the police and military. Breaking into prisons, burning prisons and facilitating the escape of dangerous criminal and terrorist elements. Burning and breaking into governmental buildings and vital police buildings and the theft of police ammunition weaponry. 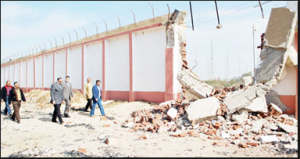 Who was also sentenced to death in this case?

The other defendants in this case are defendants from 1 to 76, who coordinated, facilitated and participated with about 800 others from Hamas Gaza terrorist movement and Hizbu-llah of Lebanon and some Jihadists from Sinai, who launched terror attacks in different cities in Egypt (North Sinai – Cairo – Kalubia – Munufiya) during the 25th of Jan chaos events.

They deliberately committed acts that endangered Egypt’s territories, like launching and firing RBG shells, intensive fire shots in all the borders areas from the east side with Gaza sector and they also bombed and exploded the borders ambushes, and Gas Lines.

The defendants from 1 to 71 and others got into the Egyptian territories through illegal tunnels, and they managed to get into the country in groups and they used SUV vehicles that were fully equipped of heavy weaponry, RBG, machine guns and Grenov guns. 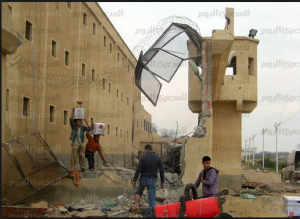 officers, who were detained and killed in Gaza. In addition to destroying, theft and burning vital security and governmental buildings.

After this death sentence, Muslim Brotherhood threatened Egypt with escalations, Founder of the Brotherhood without violence movement, Former brotherhood member Hussein Abdul Rahman said that the MB international organization would target Egyptian facilities and launch terrorist operations against the army and police in Sinai.In addition to targeting Egyptian judges.

Right after this court verdict, three Egyptian judges have been shot dead hours after Mohamed Morsi was sentenced to death 16/5/2015

The judges were travelling in a car in the city of Al-Arish, Sinai, when it was attacked by suspected Islamist gunmen.

The driver also was killed in addition to one civilian killed and at least three more were injured in the assault.

The espionage case with foreign countries and foreign intelligence

16 of the defendants who got death sentence in the “escape from Wadi Alnatron prison case”, are also under trials for the espionage case including Mohamed Morsi, and Khairat Alshater (Muslim Brotherhood leader and the 2nd man in the organization), Khairat Alshater’s son – Mohamed Elbeltagy (MB leader) – Mahmoud Ezzat (MB leader escaped to Gaza) – Salah Abd Elmaksoud (MB leader and former minister of media) and Ahmed Ragab Soliman… For further details on this case, it’s in the following links:

The biggest treason and espionage case in the history of Egypt

Mohamed Morsi and Muslim Brotherhood leaders have stolen classified documents concerned the Egyptian national security and armed forces from Ethihadeya presidential palace and sold it to Qatar intelligence and Aljazzera.

This court trial is still on. 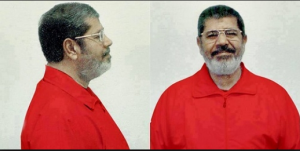 The court has already sentenced 20 years jail on the defendant Mohamed Morsi and the rest of Muslim Brotherhood defendants on 21 April 2015, due to the violent event which took place on the 5th and the 6 of December 2012 in front of the presidential palace in Heliopolis Cairo. Resulted the death of 10 civilians and more than 800 severe injuries.

In the following video you will see the burning and the prisons break. There is also an Egyptian female activist who admitted, that the 25th of Jan is not innocent, of course there was violence and they had to do it to topple the regime and the only way to do this, was by breaking the security arm of the state, and this is why they started streets war all over Egypt. She also said that yes, they participated with others in attacking police individuals, and they also participated in burning prisons, police vehicles who were using just water to disperse them (according to her own words in the video) and they also participated in prisons break.

In this video there are people in the streets carrying weapons and using them. Also another activist saying that him and others were trained in Serbia on how to push the Egyptian community to use violence and how to control the brains of people to make them do whatever they want of creating as much chaos as possible.

The minute 3.56 in this video, shows clashes between masked armed men and the Egyptian police and Armed forces in Al-Arish city.

All these public confessions made by those who betrayed Egypt (6 of April Movement, political activists and what they call the spearheads of Jan 25), was due to Muslim Brotherhood and their mercenaries confidence that no one will ever punish them for all the crimes and chaos they have committed, after they managed to control all country’s joints and reached power. (6 of April admitted publicly that they are the left arm of Muslim Brotherhood, while their right military arm is Hamas).

Source of this article: Youm 7, Albawaba news English and Arabic