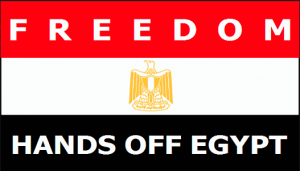 First, I would like to pay condolences to the Belgian people for the treacherous terror attacks that took place in Brussels on 22/3/2016 and caused the death and injury of many Belgian citizens.

Just three days ago, on 20 March 2016, Egypt lost 18 of the best and young police officers and soldiers in a terror attack in North Sinai.

Terrorism doesn’t really differentiate between developed or developing countries. Terrorism is targeting all of us, and in order to get rid of terrorism, we the people must be united against the enemies of humanity.

We must agree on one definition for terrorism. Also to dry up the sources of terrorism and to put sanctions on certain countries for financing terrorist groups and offering them a safe haven.

The American and the European people in particular, must wake up.

They need to realize the consequences of the double standards practices of their governments. Like offering safe haven, and the grant of political asylum to certain terrorist groups, or individuals who escaped from their countries and wanted for justice for committing terrorism crimes.

In addition to armed groups being financed and provided with weapons and were described by the western governments as “armed opposition” or “freedom fighters” or the “liberation army”.

All this in reality is the main reason of what Europe is witnessing currently of terror attacks against their citizens.

This is what Egypt has warned the world of, and especially the western countries. The western people must realize that the middle east region doesn’t export terrorism. But it is the western governments who voluntarily importing terrorists, and giving them the right of living on their territories.

If we do all this, it is the only way to confront terrorism, and there isn’t any other way.

If this happens, it will be the preparation for the fertile land where terrorism wants to grow and spread till total control and domination.

The European Union issued a statement on Egypt on March 9, 2016, in which the EU addressed very serious accusations in relation to human rights deterioration in Egypt. This EU statement totally match with the report that was signed by 18 Egyptian NGOs and civil society organizations, and was addressed to the high commissioner for human rights in the United Nations and to the EU.

The report of Egyptian NGOs and civil society organizations asked for the help of foreign countries against the Egyptian state. In order to put all kinds of pressures and severe sanctions on Egypt. In addition to applying blockade on the Egyptian economy, and cutting all kinds of aid to Egypt.

This report was addressed to the EU and the UN by NGOs specifically after the announcement of opening the case known of 173 for the year 2011.

The case concerns foreign funding to Egyptian NGOs accused of working with no license in Egypt and they are receiving money as individuals from unknown sources abroad and for unknown purposes.

The Egyptian NGOs asked the EU and the UN to put pressures on Egypt to close the foreign funding case. In addition to use all their influence in interfering in the Egyptian judicial affairs to close this case immediately.

Furthermore, they asked for immediate release of all prisoners in Egypt. Or those who are on trials whether they are Muslim Brotherhood or others. In order to participate in the political scene and to make reconciliation with the Muslim brotherhood. And /or those who were accused of committing terror attacks or violence.

Because according to the Egyptian NGOs report, all prisoners in Egypt or those who are on trials, they were accused and on trials based on fabricated charges and accusations by the Egyptian judicial system.

Despite all this, the EU issued a statement against Egypt, without any investigations and without checking what is true and what is false in the report of NGOs. The report did not provide the EU with any proof or any documentations that can prove their claims about the deterioration of human rights in Egypt.

There is a coalition between these civil associations and the working groups against Egypt, who live abroad from the leaders and members of MB wanted for justice.  The report direct message addressed to the EU, is putting sanctions on Egypt in order to weaken and toppling the current regime, to enable the Muslim Brotherhood to come back to power again.

Then came John Kerry’s declarations which were not less rude or less threatening than the EU statement. In addition to the blatant interference in the Egyptian internal affairs and the judicial system independence.

The reality is, Egypt is being punished whenever there has been a chance to do so, since the revolution of the 30th of June 2013. By taking advantage of certain events.

Because the 30th of June revolution toppled the Muslim Brotherhood regime that came to power through forged elections.

The Muslim Brotherhood are still supported whether by the EU or the US administration.

Actually, I’m not angry from the EU for issuing this statement or Kerry’s declarations, as much as I’m angry from the Egyptian HR activists who pretend to be human rights defenders, and they want to force their guardianship on the Egyptian people. Unfortunately, they are carrying the Egyptian nationality, and they are asking foreign countries to treat Egypt as an enemy. They are doing this while Egypt is confronting a fierce war with terrorism, meantime trying hard to stand on its feet.

What is this imported democracy with foreign funding from abroad?

The ridiculous part is that it is not even a democracy imported with our money! What is this democracy and social justice or the freedom that the EU and these Egyptian activists are talking about?

I have never heard in my entire life about a democracy or social justice or freedom that is paid in advance and with foreign funding? This is the true definition of bullshitting.

Maybe the statement of EU was for the purpose of domestic consumption, to distract their own people from internal issues. Or it is an introduction indeed in order to apply sanctions on Egypt. And in this case, this statement is just an introduction for another bigger matter than just sanctions. I think that the near future is going to answer this question.

This human rights activist is the job of the jobless. The Egyptian HR activists who asked the EU and the US to threaten Egypt and force sanctions on the Egyptian people, they never cared for any Egyptian Human rights.

But they do very much care for the foreign funding that they get from the American and the European tax payers.

The Egyptian people realize that The EU and the US administration don’t care for their human rights as they keep repeating, and history is an eyewitness on this fact.

The US administration and the EU and their allies were blessing, praising and supporting the Muslim Brotherhood terrorists, at the same time they were committing horrible crimes of torture, kidnapping, killing and tyranny.

The world was supporting the terrorizing of the Egyptian people, and neither the US nor the EU have issued even one poor single statement against the Muslim Brotherhood tyranny or crimes, till this minute we speak.

So, please don’t talk to us about your worries of human rights in Egypt because when you mention this, it is really disgusting.

The EU is obviously mixing up between Egypt under Muslim brotherhood regime and Egypt today.

The human rights deterioration or detention of the political activists, opposition oppression, or any forced disappearance in Egypt, like the EU claimed in their statement and John Kerry declared recently, all these accusations should have been addressed to the Muslim Brotherhood when they were in power.

I’m not a concerned authority or the official spokesman of the national council for human rights, to be able to respond to all these accusations addressed by the EU and Kerry’s declarations against Egypt.

I don’t possess authenticated detailed information or data to be able to answer all accusations.

But there are many official authorities in Egypt, are the concerned ones to respond to these accusations and to take them seriously, whether or not the EU statement was just for local consumption or a new agenda for Egypt.

The EU statement and Kerry’s declarations is a deliberate attempt to damage Egypt’s reputation. In order to apply sanctions and these sanctions can be an introduction for another agenda. Or at least this was the direct message to Egypt from the EU statement.

But in the meantime, Egypt should upholds to enforce the law in dealing with internal issues, including the issue of foreign funding case that has been reopened recently, without having any concerns about who like it and who doesn’t.

Because Egypt performing its sovereignty over its territory, whatever the pressures or the size of threats and consequences are, it means that Egypt is a leader in the inside and the outside and Egypt is not affiliated to any other country under any circumstances.

The Egyptian people want to apply the law on anyone and everyone who considers himself above the law and is above questioning, from where did you get this?

But if this EU statement and Kerry’s declarations is an introduction for another agenda, then like I mentioned, soon we will find out.