In April 2015, I published a post about Khalilah Sabra the executive director of Muslim American Society (MAS),

who obviously still insist on using insults and threats in expressing her opinion specifically, towards what I’m documenting of Muslim Brotherhood crimes in Egypt and other terrorist groups.

Just as a short reminder, Khalilah Sabra is the executive director of Muslim American Society center for immigrant justice and human rights. She was awarded the 18th Annual International Human Rights Award on December 12, 2013, by the Council of European Studies.

Khalilah Sabra was recruited by the Muslim Brotherhood and converted from Christianity to Islam and she is an American citizen.

Khalilah Sabra is very influenced by Bin Laden and she is one of his biggest fans and supporters. In May 2011, Sabra the director of the North Carolina branch of MAS’ Freedom Foundation, made a statement in an article entitled “Agreeing to Disagree About the Death of Osama Bin Laden”. Her statement aligns more with a period of Sabra’s life in the late 1980s, when she traveled to Afghanistan with bin Laden’s predecessor, Abdullah Azzam (the founder of Al-Qaeda terrorist organization, and the God father of the Global Jihad), to provide aid to the mujaheddin fighting the Soviet Union.

In her statement about Bin Laden, she said: “He was a visionary who believed in the possibility of an Islamic state in Afghanistan and the possibility that this thing might someday be,” Sabra wrote. “There was nothing wrong with that dream, even if it differs from that one that all Americans have here for themselves.”

MAS was founded as an arm of the Muslim Brotherhood in the United States and has a record of supporting alleged terrorists and terror financiers.

For further details about the suspicious activities of Khalilah Sabra and the link between her and Al-Qaeda and Muslim Brotherhood terrorist organizations, please click here.

I don’t know what this woman wants from me. Since she started writing comments on my blog, didn’t get from her but threatens and insults to keep my mouth shut because she made it clear to me that she is against that I document the Muslim Brotherhood terror attacks and crimes in Egypt. Now, she is sending me faking comments.

She used different emails with Arab men names and i discovered her faked comments through the IP address, as the following screenshots show, same IP address with different faked emails.

Or perhaps she is doing this to keep the money going, to show those who are financing her for supporting terrorism, that she is doing something in return of the money she is getting…who knows! 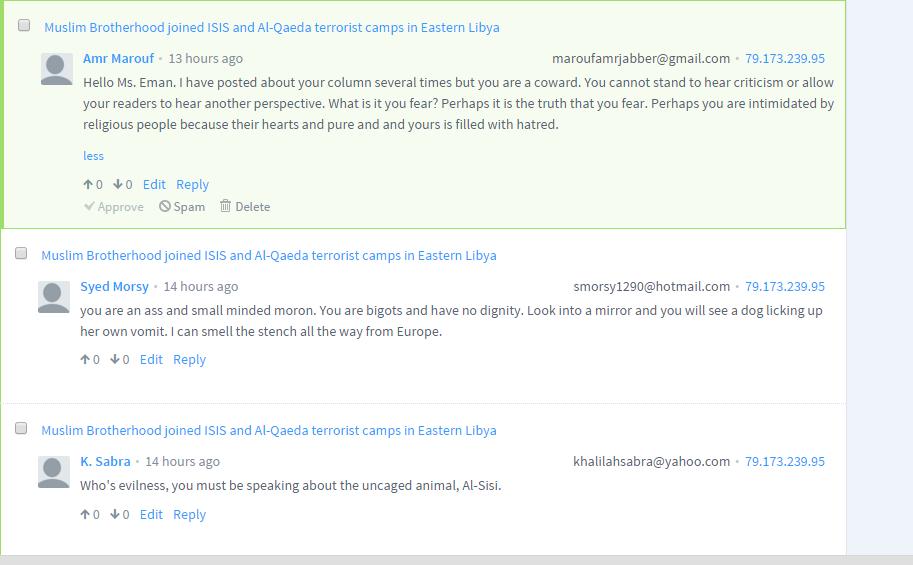 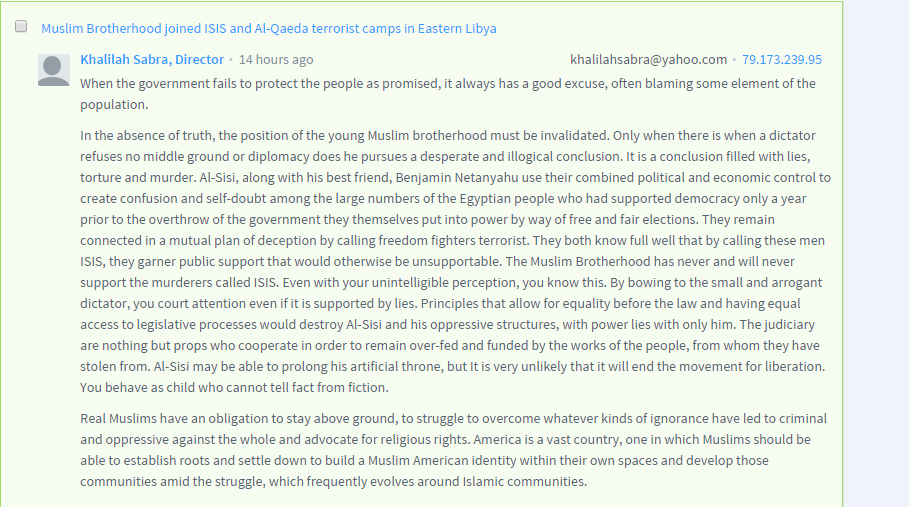 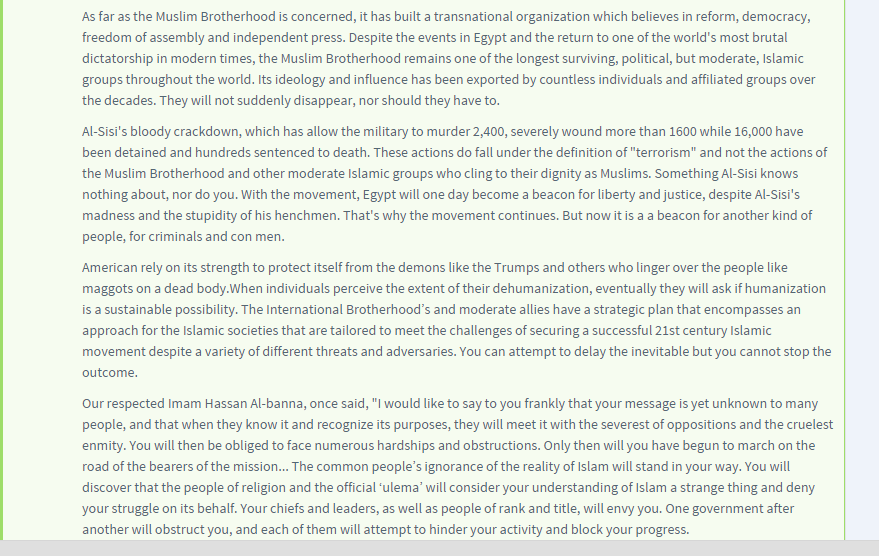 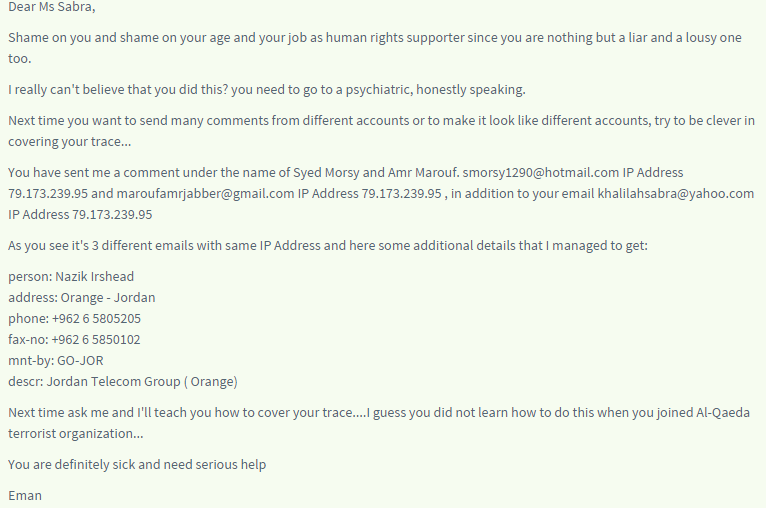