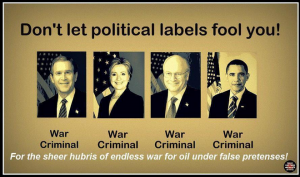 War Criminals and Sponsors of Terrorists in the Arab World

Consider me a stupid Arab citizen coming from what you call “Third World Country”. I would like to ask a question to the genius politicians worldwide who are supporting expected US military operations against Syria “ Why would Bashar Al- Assad use chemical weapons at the current time?”

Do you seek evidences? click here to watch and hear videos evidences from the mouth of Terrorists, not only admitting but they are in actions too 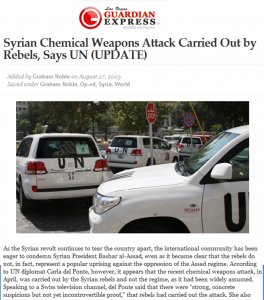 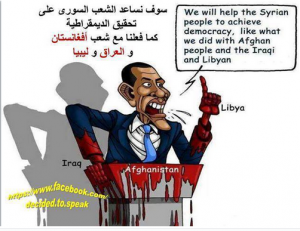 Obama Bin Laden Sponsor Of Terrorism In The Arab World

1. Assad is achieving military winning on earth and has restored many strategic areas/cities from the Islamic guerilla’s backed by USA/Turkey/Qatar/Europe

2. The backbone of the Muslim brotherhood mother organization has been broken with recent events in Egypt (30th of June 2013 Revolution). The big fall of Muslim brother in Egypt looks like a tsunami that shells down basis of politic Islam in the whole region Tunisia, Libya, Syria and even in Turkey.

3. Bashar Al-Assad knows well that both Turkey and USA are looking for a face lift operation after getting severe hit on their face by the Egyptian revolution of 30/6/2013. Egyptians succeeded to challenge the common Qatari Turkish American plans on re-shaping a new Middle East under the repression of politic Islam . Assad’s use of chemical weapons will be therefore heaven’s present to USA and their allies. He will give them a reason to perform military operation against Syria in order to restore part of their humiliated dignity after fall of their Brotherhood Islamic ally in Egypt.

4. There is no doubt that the Islamic rebels possess chemical weapons. Nobody seems to have heard what the Italian minister of foreign affairs have told few months ago in a similar incident. She admitted that there are evidences that Syria rebels where those who have used chemical weapons. However the incidence was soon deliberately swept away from the memory of politicians and the western media as well. 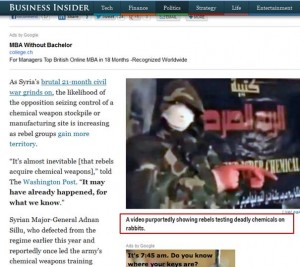 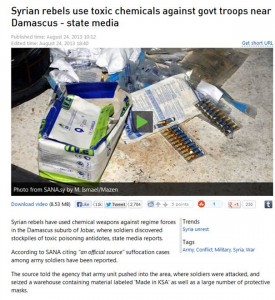 5. Similar selective silence also followed the report of Le Figaro stating that the notorious ‘attack’ on Gilles Jacquier, on January 11 in Homs – Syria, was not committed by Assad army. According to the study of the French security, the massacre was executed by rebels. This is despite the fact that USA and the media make use of this incident to “proof” the cynicism of the Syrian regime. 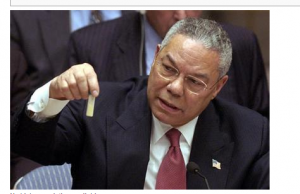 In the UN, Collin Powell holds a model vial of anthrax while arguing that Iraq is likely to possess WMDs

6. I would also like to refer to what the UN secretary general Dr. Botros Ghali mentioned in his book (four years in a house of gals) . During the Balkan war, the NATO was waiting for a reason to attack Serbia. Suddenly, a massacre happened after a rocket has bombed a market place in Sarajevo leaving a lot of fatalities among Bosnian. This has been a reason to have war against Serbia that has reformed the whole region. However, evidences have later suggested that this massacre was performed by Bosnia’s militias themselves who sacrificed their own people to reach a big goal. 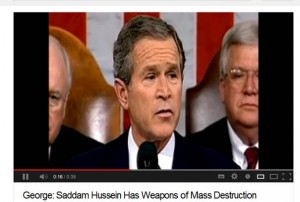 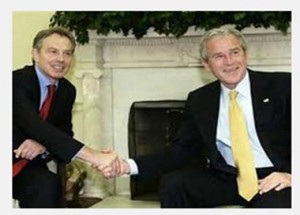 I was shocked while watching a video at noon on You Tube which contain Horrible violence scenes.

The video summarizes what USA intervention in Iraq has achieved, and what they want to achieve in Syria and trying hard to achieve in Egypt as well. It showed militia’s of the Islamic army (Al-Qaeda ) in Iraq whose counterpart is fighting in Syria.

The video showed well equipped Islamic army fighters belongs to Al-Qaeda stopping trucks and obliging their drivers to leave their vehicles. The drivers were then questioned about how many times a Muslim kneels while praying in the morning. The 3 drivers gave wrong answers. They were accused then to be either Shiites, Christians or infidel. They had to kneel and turn their backs before being shot dead. The fighters then placed a bomb in a driving cabinet. Everything went bloody cool while they were praising Allah. The video also showed an identity of one of the Trucks drivers – Syrian identity.

Screenshots taken from the Video. 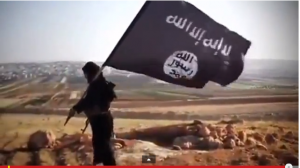 Al-Qaeda stopping trucks killed drivers because of wrong answers on the nos. of kneels in Muslim prayers holding Al-Qaeda Flag. 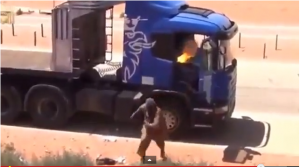 Al-qaeda terrorist placed a bomb in a driving cabinet 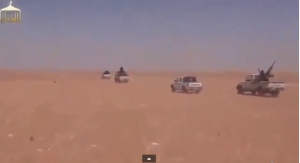 Al-Qaeda terrorists killed the drivers and walked away 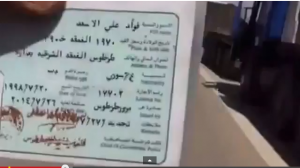 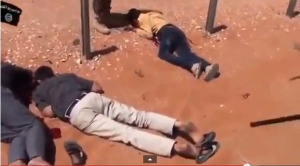 Drivers were accused to be either Shiites, Christians or infidel. They had to kneel and turn their backs before being shot dead 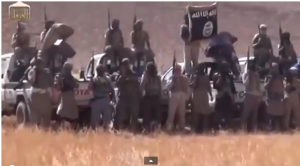 Al-Qaeda Islamic army fighters stopping trucks killed drivers because of wrong answers on the nos. of kneels in Muslim prayers. 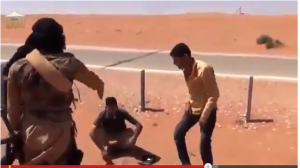 Massacres in Iraq Al-Qaeda Islamic army fighters stopping trucks killed drivers because of wrong answers on the nos. of kneels in Muslim prayers. 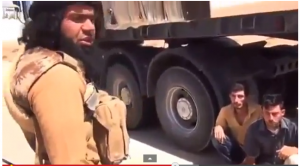 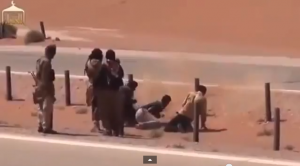 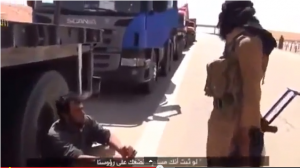 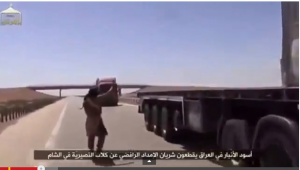 Now I’m asking you, people all over the world, Is Iraq enjoying the freedom and the democracy which were brought by your US and NATO armed invasion? USA and NATO killed more that 100.000 Iraqis Citizen in invading Iraq.

Is Syria going to enjoy the freedom and the democracy which are on their way through another armed US and NATO invasion, with the existence  of Al-Qaeda and other Bloody Islamist Extremists Armed Groups?

Is Egypt going to enjoy the freedom and the democracy which US and their allies are forcing them on more than 85 million Egyptians, by trying their utmost efforts in getting back to rule a Fascism Religious Bloody Brotherhood Regime or another Islamist Extremist Regime to serve your countries benefits and interests in the whole region?

Are oil and power more valuable and precious to you than Humanity and peace and live and let others live?