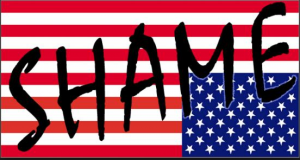 Recently, The Russians revealed a US confidential Report about the USA’s plan in getting the Egyptian Military involved in a civil war and the necessity of overthrown General Abd Elfatah Alsisi, the Egyptian Minister of Defense before he became new Nasser.

The US report revealed by the Russians started by saying that if Egyptians don’t have a reason to kill each other, we must find them one…

Our main goal is to push the Egyptian Military and the Egyptian People to fight each other before year 2015. If things remain the same as they are right now in Egypt, we will be facing New Nasser in the Region. But this time Alsisi will be supported even from the oil Gulf countries which was not the case of his predecessor. On the Political and Economical levels things won’t be for the interests of the USA.

The popularity that the Egyptian Military and General Alsisi are having now is not just in Egypt, but we are seeing also an increasingly admiration Towards Alsisi from the Gulf countries and Tunis who started to look for his counterpart.

If things remain the same, our influence will be exposed to a great unprecedented danger in the whole region. Then probably Egyptians will move further to get construction contracts inside the Gulf countries instead of the American Companies.

Recently, People from the Gulf showed their tendency to the confrontation which was not their habit in the past. The Gulf ‘s tendency for confrontation is due to their fears towards their Thrones, due to the Muslim Brotherhood threats which is targeting the Gulf countries, after their Regime was overthrown in Egypt.

So, obviously the Gulf Countries decided to fight their own battle on the Egyptian Territory. But soon and very soon we have to face a different Egypt than the one we know.

Maybe we will also face more slaps because our Plane that the Egyptians shot down, was not taken down by US weapons, and it seems like the Egyptians got new weapons made in Russia and these weapons have already entered into service. (2/11/2013, Egypt shot down an American spying Plane on Egypt’s borders with Libya).

If things continue to go on as they are right now, we won’t be able even to keep the Fragile Balance between Egypt and Israel. In this case The Egyptian Sinai will be a real threat for our friends in Israel, specially if AlSisi insisted on changing  Sinai’s demographic form and increase its population.

This report revealed many things about what the US is planning and it is a strong slap to the American Security System to reveal such report. Specially that the report was revealed after a very short time from being  issued and started to be in the executive form. Exposing this report by the Russians came in a very bad and critical time which the US is facing an obvious Political failure on all levels.

The Original Report was issued in about 1736 pages which is a very accurate description study about the positions in the Gulf Countries and the Arab countries. While there was about 1900 pages which are considered the most important researches, studies and recommendations that were done according to fields analysis supported in the above mentioned pages. These studies and researches were prepared by Political institutions and universities and also by Military centers…etc

The study also contain many suggestions and proposed scenarios which supposed to be effected on stages and applied till it achieve its target. This part of the report was supervised by 4 research units which included 120 strategic military and political experts. The majority of these strategic experts were Americans.

This study classified the Iranian, Syrian, Egyptian, Saudi and Pakistani Armies, as the strongest Armies who possess huge weapons arsenals after the previous Iraqi Military, who got demobilized after the US invasion.

A study contain 432 pages indicated on how to fragment these Armies as introduction to occupy their countries as a second step to the fragmentation. Like neutralizing the Pakistani  Army. But in relation to the Syrian Army it’s already has been drained till the end of February 2013.

In addition, the study considered that as Iran is a strategic first degree enemy to the United States of America, Iranian Military can get in a direct confrontation with the Saudi Military. At the same time, street wars will be directed  from Bahrain, Yemen, and the Eastern region.

These wars and confrontations will result to the total fragmentation of the Saudi Army, and also will result the weakening of the Iranian Army, and there is a possibility after that to reshape these armies once again according to the suggested US scenarios.

Moreover, the study have put more than 69 expected Scenarios in order to confront the people in the region for 750 days successively, before dividing the whole Arabic Region (Iraq, Syria, Egypt, Sudan, Saudi Arabia) into States with same size of Emirates, Qatar and Kuwait.

The study bets on achieving successive success in a short time period and that success depends on the current Ideological, Ethnic, Intellectual and Sectarian Division in the whole Middle East Region, which reached the level of The people Radicalization in the Region.

The study mentioned and indicated specific Political, Military, Businessmen and Lobbies Names who have gained the trust of their own people and they are specifically located in the Gulf Region, in Egypt and in Syria and they are cooperating with the United States in direct and indirect ways and they are providing help in order to achieve the Target.

The study described the current stage in the Arab Region that it is the proper time and place to attack while the whole Arab Region is busy and distracted in its own internal affairs.

The study have put some expectations in 214 pages, in relation to the reactions towards the US plan of dividing the whole Middle East Area to States instead of countries like : The Kurdish, Alawites, Druze, Christians Regions and the Shiites States with all its different communities.

The Study also expected more than one scenarios for the position of Alkaba (Muslim sacred House in Mecca Saudi Arabia) and the Prophet’s Mosque and the emotional reaction towards these holy places from different people in the region.

The Study contained 600 pages which mentioned how to doping people in the Arab World with the Arab Spring Symbols, Revolutions and the Media invasion to their brains through more than 38 visible and audible Media Channels, in addition to the different Social Medias Networks.

The source of this US report and study which was revealed by the Russians,  was translated into Arabic and published on: http://egyoffline.com/?p=4580 on 30 October 2013. 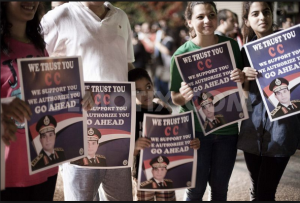