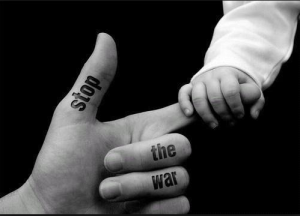 Obama Is Funding The Beheading Of Christians

A priest and another Christian were beheaded before a cheering crowd by Syrian Rebels and Terrorists supported by Obama, click here to read and watch the videos of that massacres – There are more horrible crimes like rebels killed a military soldier from Al-Assad soldiers and then he got out his heart and ate it….are those the ones you gonna fight to their side

Female Veteran Arrested and Brutalized After No War With Syria Rally

Emily Yates, the Iraq war veteran, was arrested playing her banjo at a meeting against military action in Syria following an argument with the police about the proper place for her to stand.

Yates was playing her banjo when she was asked by the Federal Park Police to leave as the park, according to them, was closing up for the day.

After an argument with the woman, who wasn’t going to execute their order, a group of police officers bent her over the park bench and handcuffed her.

While the woman was screaming “We live in a police state… They’re damaging my body and my personal property! I went to war for this country! Stop manhandling me! Stop! Stop! Help! Help!”

the crowd was chanting for the police to “not choke the veteran”, while the officers went on handling the “perpetrator” very brutally. By the end of the detention operation a handcuffed Yates was being handled by a total of eight cops.

As of now Yates is detained in Philadelphia Federal Detention Center and a webpage which was designed as Yates’ defense fund issued a report of the account of events.

The Syrian War What You’re Not Being Told – StormCloudsGathering

Analysis of the latest developments in Syria given by StormCloudsGathering from YT, including how the anti-government militants in Syria were behind the poison gas (chemical weapons) attacks, upon which the US is making its case in order to strike Syria with cruise missiles. If you want to see videos evidences showing Terrorists Muslim Brotherhood in Syria and Al-Qaeda and related Terrorists groups in Syria admitting and using Chemical weapons, click here

Egypt removed Brotherhood Fascists terrorists, why can’t America do the same with Obama?

The background why Obama wants to attack Syria and he is on a hurry? Please listen to that video to learn the truth

SAY NO TO WAR AGAINST SYRIA, U will end up financing killing innocents wiz your tax money!