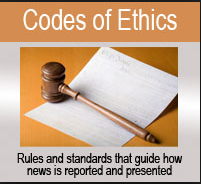 The Final Autopsy report of the casualties resulted from the disengagement of Rabaa and Nahda Squares Sit-in was only released on 14/11/2013 in details. (Muslim Brotherhood Armed Sit-in in Cairo and Giza disengaged by security forces on 14/8/2013).

This Autopsy report not only revealed the exact numbers of casualties and the reasons of death, but it also revealed the barefaced fake news and lies of the International News Agencies who are faking news in favor of their favorite Terrorists Muslim Brotherhood Organization.

You name it, New York Times, The Telegraph, Washington Post, Foreign Policy, Wall Street Journal, CNN…etc. Al-Jazeera News Agency of Qatar is of course on the top of the list for faking news in favor of  Brotherhood.

The final autopsy report was only issued and published today 14/11/2013. These News Agencies published on 14/8/2013 that the numbers of Brotherhood casualties were more than 1000 and by the way they are still claiming this.  Brotherhood claimed that they had more than 2200 casualties resulted from the disengagement.

I really wonder if they are going to dare publishing the autopsy report that will show their big fat lies in front of their readers!

This report shows the lies that Brotherhood were spreading to the whole world, which match pretty much with the fabricated news published by the International News Medias Reporters in Egypt and Aljazeera News Agency.

Autopsy Official source confirmed to Al-Tahrir Channel on 14/11/2013, that the administration of the autopsy institution in Egypt, challenge anyone who claim that this report is forged. Copies from the death report are delivered and followed by 3 different parties: Health Ministry, Autopsy Institution and NGOs.

(In an Interview on Al-Tahrir Channel 14/11/2013, Autopsy official source mentioned that the claim of Brotherhood that they had many bodies got deliberately burned by the police and military forces during the disengagement is not true. The Autopsy revealed that the burn marks found on some of the bodies were not vital and were caused after death and not before death. These non vital burns type maybe were caused by the heavy fire that was set in the tents by the Brotherhood supporters when the forces entered the squares). 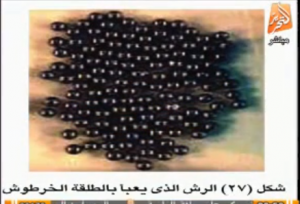 (Total number of Policemen injuries 1063: got stabbed, shot and among them some injuries caused by torturing with chemical materials which caused permanent disability )

Autopsy confirmed that they were supposed to check 172 body among the total of bodies, but they only received 5 bodies. The Muslim Brotherhood refused the forensic autopsies on 172 body. Despite that Brotherhood claimed that these bodies were killed by the Police forces!

Among these bodies 3 corpses were found in the trash boxes and were covered with more than 27  plastic bags full of food left over, proves that the victims were in mass gathering places. All torture marks looked the same like the torturer was the same one in all the torturing operations. Common torture marks were bruises and traumatic severe injuries in the back and chest, brain bleeding and all bodies had all toenails removed.

(the Brotherhood supporters who tortured these 3 cases got arrested when investigators found a mobile in one of the trash boxes, and manged to trace and arrest 4 of them. They confessed that they suspected these 3 men were thieves after they joined the brotherhood Sit-In in Nahda. So they tortured them in order to confess)

Source: Al-Ahram Gate and Youm7 Newspapers (AL-Ahram Gate published in addition to the autopsy report, lists contain the names of all the casualties)