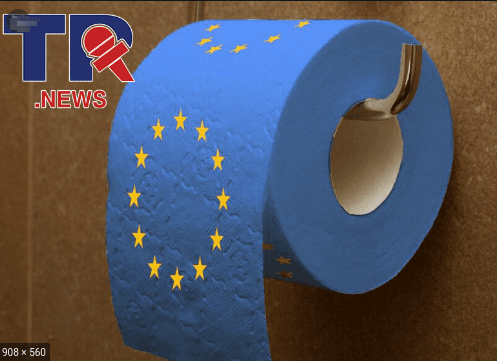 Having regard to the Interpol memorandum included the arrest and summoning of Ladislav Otker Skakal, who served as the former Honorary Consul of Italy in Luxor, and Massimiliano Spunzeli, Economic and Commercial Diplomatic Attaché at the Embassy of Rome in Cairo.

Wanted by The Egyptian Interpol, Ladislav Utker was sentenced to 15 years imprisonment and fined one million pounds for smuggling nearly 22,000 artifacts from Egypt’s antiquities to Italy during 2016 and 2018.

The Egyptian Criminal Court issued a ruling on the defendants on February 15, 2020, but Italy refused to hand over those convicted of theft to Egypt, which is the country on whose territory the crime took place, and they excavated and stole Egyptian antiquities and smuggled them to Italy.

The Egyptian court in the same case sentenced others who were involved with the Italian accomplices, the actor Boutros Raouf Ghali, brother of Youssef Boutros Ghali,  Ahmad Hussein Nagdi and Medhat Michel, to 15 years in prison.

NATO’S crimes against Humanity in Libya

Having regard to the file of NATO’s aggression against Libya which results deaths and injuries of civilians, the destruction of military and civilian infrastructure and installations in Libya, war crimes and crimes against humanity committed by NATO, including killing civilians, the crime of premeditated killing of children, the crime of bombing civilian targets and facilities, and the crime of assisting armed militias and supporting and financing terrorists groups to Premeditated and killing, And the crime of using depleted uranium to target military personnel and civilians, and the health and environmental disasters that followed the attack.

On March 19, 2011, the United States of America, Britain, and France began an attack on Libya in implementation of the United Nations resolution imposing a no-fly zone in Libya, by launching more than 110 Tomahawk cruise missiles at targets in Libya and NATO launched for about seven months 10,000 air strikes on Libya.

Looting the Libyan’s wealth by the European Union’s countries and the USA, as they did in Iraq, so everybody made sure to swallow their part from the Libyan big cake. Leaving Libya a prey to the terrorist organizations.

The NATO destroyed 6000 targets between a military and a civilian, which resulted in the killing of more than 50 thousand Libyans and wounding tens of thousands of others. NATO have been involved in committing crimes in Libya, including killing civilians and other practices that are crimes linked to facts and material evidence within the framework of Its legal adaptation and characterization that warrants legal accountability before international courts, and not empowering the perpetrators of escaping from punishment.

NATO strikes in Libya enabled militias of political Islam to expand in Libya and its environs. They seized massive weapons stores and distributed them on various fronts. The “revolutionaries” described by “Al-Jazeera” and its affiliates, most of them were originally Al-Qaeda fighters, especially The Libyan fighting group linked to Al-Qaeda, and this was later proven.

NATO destroyed all the Libyan air bases, the navy and the air defense system, and destroyed the Libyan naval vessels, which provided an opportunity for terrorist groups, most of whom were fighters from ideologically linked groups such as the Libyan Fighting Group led by Abdel Hakim Belhadj and Khaled Al-Sharif, as well as the Muslim Brotherhood militia led by Al-Sallabi, Bin Hamid and Al-Araibi. From seizing weapons stores and distributing them to their followers, thus spreading chaos and terror everywhere.

These individuals are all wanted for Arab and international charges on terrorism charges. The British newspaper “The Guardian” reported that “British, French and American military officers were providing the rebels (logistical advice and other advice in some way), as they thought them revolutionaries.

Having regard to The war, attacks and looting of wealth launched by the United States and its European allies on Iraq and the deaths caused by the unjust and inhumane blockade of the period from 1991 to 2003 killed 1.9 million Iraqis.

Then from 2003 onward, about a million other people were killed, meaning that about 3 million Iraqis have died. Their deaths over two decades at the hands of the United States and its European allies or because of their policies, and the ugliness of the ways in which these victims were killed ranged from burying tens of thousands of live soldiers in their trenches or killing more than one million and eight hundred people by depriving them of food and medicine, to targeting innocent civilians with random intense raids.

As for the crimes of torture in prisons (Abu Ghraib as a model), there was no embarrassment. Of course, what has happened and is going on in Iraq, Syria, Libya, Yemen and Lebanon from the policy of supporting and spreading terrorism to destroy these countries, is a policy and practice of the European Union countries and the USA, that does not need evidence to prove it.

Before the European countries formed their own union of political prostitution, they occupied and colonized our Arab countries and Egypt, and we liberated our countries from colonialism and the occupation that lasted for many years, but now the form of wars has completely changed.

Wars are no longer armies, equipment or military confrontations, but the European Union came to us with its ugly face in 2011 to join forces with the United States of America, to bring down the Arab countries from within, by Egyptian Arab hands who are called human rights activists and terrorist organizations such as the terrorist Brotherhood organization. Traitors and mercenaries who threw themselves into the arms of Western countries to bring down their own countries, under the pretext of democracy and human rights.

look who’s talking to us about human rights, the killers, conspirators, supporters of terrorism, and looters of our Arab wealth

Oh European Union for political prostitution, when you give us lessons about human rights, you are actually making us sick, you are so disgusting.

When we talk in Egypt about our right to administer the internal affairs of our country according to the Egyptian sovereignty, the Egyptian laws and judiciary, the moral, religious and social standards that govern 100 million Egyptian citizens, and we explain to you the facts that you deliberately distort about our country, you claim that we are liars, corrupt, and we are ruled by a repressive and bloody dictatorial regime.

Who authorized you to speak on behalf of 100 million Egyptian citizens? And how did your sick imagination portray you that those millions of Egyptians who supported their country against your creative anarchy, will turn against their political system, which you have common interests in all areas, and yet you want to get rid of Sisi because he is the strong man of Egypt. Just as you fought every strong Arab leader who once had a strong Arab army, like Syria and Iraq.

When you insult, mock, and deny our honorable Messenger Muhammad, peace be upon him, you tell us that we are the ones who oppress the other and that it is freedom of expression and freedom without limits and you describe us as retards and terrorists. Even freedom, YOU arrogant, ignorant and hypocrites, must be responsible and have limits. Otherwise, It will turn to chaos and jungle.

When you decided to invade our countries, looted our wealth, killed our children, displaced our citizens, demobilized our armies, and worked to bring down our countries from within, and left us an easy prey for terrorism, you say that it is creative chaos, democracy and freedom, and ENJOOOOY!

And when you accuse us of violating human rights, and you want to impose your beliefs on our society, and you claim that we are retards and oppressive, because we do not allow the rights of gays and lesbians.

If the issue of gay and lesbian rights concerns you to this degree, congratulations on it as long as you accept it to prevail in your society, but you have no right to impose it on our society, we did not and will not ask you to believe in the Islamic religion, but do not impose on us a perverse nature that contradicts with our beliefs.

And if you insist on your lies about the murder of the Italian student Regeni, whose case was recently closed by the Italian and Egyptian side, then one day after the case was closed, a new witness suddenly appears in the case, an Ethiopian officer claiming that he heard Egyptian officers speaking during an international conference about how they tortured and killed Regeni … this is an unbelievable story to believe even for the most stupid idiots in the world

And when you threatened Egypt with penalties if it does not comply with your dirty agenda, by releasing all terrorists and all your agents from jails, we tell you from Egypt, do not try us, and if you want, know that the Egyptian people do not fear any power out there, but the one and only God.

O European politicians, we have thrown you and your threatened statement in the toilet of history with your dirty unacceptable double standard statement that you addressed to Egypt, for this is your right stinky place.