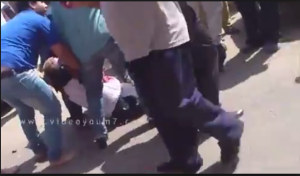 Attorney General Hisham Barakat from the terror attack scene, before he died from his severe injuries

On 6 March 2016, the Egyptian minister of interior General Magdy Abd El-Ghafar announced in an international press conference, details of Muslim Brotherhood 48 terrorist cell elements arrest, committed different terrorist operations in Egypt and 14 elements among this cell executed the assassination of the Egyptian Attorney General counselor Hisham Barakat. (on 29 June 2015, a deadly bomb planted on a road close to Counselor Barakat’s home and detonated as he was on his way to work. The explosion damaged 35 cars in the area, as well as the entrances of nine shops and homes. In addition to the serious injury of 9 of the counselor’s security guards and civilians)

Before the assassination of the attorney general in Egypt, Ansar Beit Elmakdess (the branch of ISIS in North Sinai), Called for assassinating all members of the Egyptian Judicial system, in response to the death sentenced of 6 of their terrorist elements and also after the death sentence on Mohamed Morsi and other MB leaders and members who committed massacres and crimes against the Egyptian people. 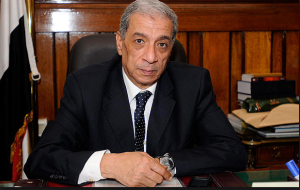 The Minister of interior declared that Hamas terrorist organization supervised the assassination operation of the Attorney General from the start till the end.

The One who gave the orders of the assassination and led a large group from the Muslim Brotherhood cadres in Egypt, is Dr. Yehia Al-Sayed Ibrahim Mussa, Muslim brotherhood leader and fugitive in Turkey after the 30th of June 2013 revolution that toppled MB regime. (Dr. Yehia was the health minister official spokesman when Muslim brotherhood were in power.) 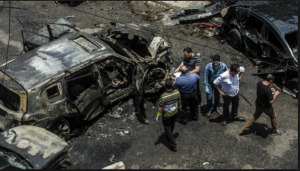 The explosive device used in the assassination weighted 80 kilos and was prepared in Sharqia governorate in Egypt.

The Egyptian minister of interior revealed the details of the arrest of the terrorist cell assassinated the attorney general Hisham Barakat. 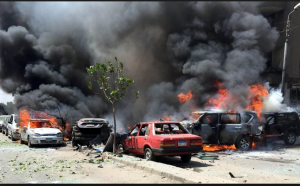 Before their participation in the assassination of the AG they were charged of terror attacks against police camps, police individuals and stations and damaging infrastructure in different parts of Egypt. In addition to terror attacks on police checkpoints. They received the orders of attacks from Different MB leaders Like Mahmoud Ahmed Abd El-Badie MB leader.

Terrorist cell also revealed the names of some Muslim Brotherhood leaders in Egypt who facilitated their escape from Egypt to Gaza in order to receive training in executing the assassination of the Egyptian Attorney General. Like MB Said Elmonoufy and Shams (these are just the coding names). In addition to Abu Al-Qassem Al-Azhary (his real name) who assisted them in preparing the explosives in the AG assassination.

The MB leader planned for the assassination of the AG, was Dr. Yehia Al-Sayed Ibrahim Mussa, Muslim brotherhood leader and fugitive in Turkey after the 30th of June 2013 revolution. (Dr. Yehia was the health minister official spokesman when Muslim brotherhood were in power.)

Dr. Yehia was in contact with some of the terrorist cell through program “line” on the internet.
In Gaza the Terrorist cell received training on terror attacks by some of Hamas militants like Abu Huzayfa, Abu Yasser and Abu Omar. (Abu Omar is one of Hamas intelligence officers and he was the main officer following on their training.)

Terrorist cell received training in Hamas camps on using various weapons and car bombs, military tactics and guerrilla warfare and explosives engineering. This training session lasted a month and a half. But the MB terrorist cell managed to get back to Egypt after 3 month due to the difficulty of the cross-border infiltration. 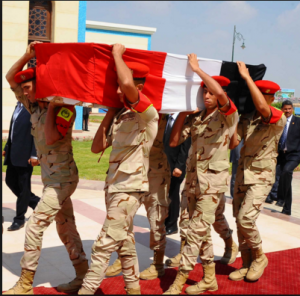 The video starts from the minute 28:39 to the minute 40:15. The above was a summary translation of what the terrorist cell stated.

Despite that at least in Egypt, we are not awaiting for any further documented evidences to realize whether or not Muslim Brotherhood are terrorists, or whether or not there are links between MB terrorist organisation and other terrorist groups like Hamas or ISIS or whatever, the big exclamation mark and question here is the following:

Why Washington and other western countries refused to add Muslim brotherhood to the terrorist groups list? Is it because they are deaf and dumb?

I don’t believe that the western countries are ignorant or don’t know the truth about the terrorism industry and terrorism activities of Muslim Brotherhood not just in Egypt but in other countries in the world.

This way of western countries of refusal and denial that MB is a terrorist organization, says only one thing for definite, the US administration and other western governments are scared of the Muslim Brotherhood international organization.

I think also that the US administration in particular are scared of what MB can reveal about their dirty deals together when they were in power in Egypt (the grand espionage case).

Mohamed Morsi told Al-Sisi when he was a minister of defense that the US and Europe are not going to leave him in peace, if he responds to the the Egyptian people demands on 30/6/2013 and topple the MB regime.

Khairat Alshater the second man in the MB organization in Egypt told Al-Sisi at the same period, that MB allies and friends in the US and in Europe and all the jihadist movements in the world are not going to let Egypt enjoy peace in case of toppling MB regime in Egypt.

What the US and Europe are missing here, is that if they bother to do a research on the Egyptian people and ask them directly what do they think about this common public prostitution between Europe, USA and Muslim brotherhood, they will tell them without any hesitation that they realized on the 30th of June 2013 revolution that the war has started on Egypt from the inside and the outside, and it didn’t really end by just toppling the MB regime and the Egyptian people are well prepared for it.

It is also not a secret that this public prostitution between western countries and Muslim Brotherhood is showing clearly in the union of the working groups against Egypt abroad and inside Egypt, formed from some Egyptians and foreigners activists in politics and in human rights, in addition to international human rights organizations and of course the foreign press biased to Muslim Brotherhood terror activities against Egypt.

We have seen this through many deliberate fierce attacks campaigns against Egypt, like the Regeni death case, the claims of forced disappearance in Egypt, the oppression of the opposition claims…Especially after the current Attorney General announced recently the re-opening of the case known in the Egyptian media as “NGOS funding scandal”.  Case number 173 year 2011. After new documentations and information were provided on illegal foreign funding to many NGOs in Egypt.

These activists and non governmental organizations are actually playing the same role of terrorist groups. After all, they all want to destroy the country and turn the international public opinion against Egypt, so it’s easy then to isolate Egypt from the rest of the world.

The target of all these fierce campaigns is not about human rights or any of other bullshit that has been spread and marketed about Egypt. The real target is to get rid of Al-Sisi the president of Egypt. These working groups against Egypt are trying their best to destroy the unity of the Egyptian people, so they can end Sisi’s popularity, and then Egypt will be an easy cake to eat and digest.

Can a sane person out there answer this simple question: If the developed and civilized countries don’t support terrorism and they are defending human rights, how come we haven’t heard or seen any single condemnation from them to the Muslim Brotherhood when they were savagely violating our human rights and abusing the power against the Egyptian people?

Unfortunately, the official authorities in Egypt don’t know how to market their documented official statements and evidences to the international public opinion, which proves the terrorism industry of MB in Egypt and to what extent Muslim Brotherhood can go in order to harm Egypt and the Egyptian people with any price.

What can we provide more to make the people in the world realize that in every corner in their neighborhood there are planted bombs are set to explode any minute in their faces, called the Muslim Brotherhood. If anyone think that MB are moderate Muslims or not really dangerous like ISIS are, believe me you are living in a big illusion. Because Muslim Brotherhood are the mother and the original root of all terrorist groups and ISIS is nothing but one of the MB branches.