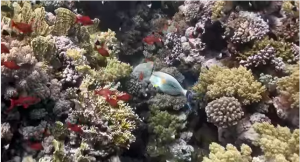 There are many people abroad wondering whether is it safe to travel to Egypt in 2015 or not?! They have all the right to know the correct answer to this question, especially that they connect what they read in the news to the current security status in Egypt.

Before the Egyptian economic conference was held in Sharm El-Sheikh in march 2015, there were many inciting calls from Muslim Brotherhood broadcast on their media channels from Turkey, telling foreigners and investors not to go to Egypt for security issues. They were also spreading that Egyptian people are not friendly to foreigners. This was not true at all, because this was a totally failed attempt just to ruin the economic conference and to fight Egypt through harming the economy.

30 Presidents, 100 countries, 2500 Arab and foreign investors and 30 international organizations attended the conference and it was fruitful and successful in all aspects including the security side.

I’m an Egyptian citizen living in Cairo Egypt with my family, my husband is Norwegian and he lives in Egypt too since 2010. His family are going to visit us soon next July to spend summer vacation “as usual” with us in Egypt. So, what do you think? Is it safe or not? The reason I mentioned this piece of information is to tell you that if we were under any kind of threats, why do you think we are still living in Egypt, while it is very easy to go and live in Norway, for instance?!

Personally I don’t feel that my life is under any kind of threats. To be honest, I felt seriously threatened when Egypt was ruled by Muslim Brotherhood, but not anymore.

If I’m documenting on this website all the crimes of Muslim Brotherhood, it doesn’t mean that the streets of Egypt are blood baths, like many Egyptians who live abroad and many foreigners think wrongly! This is absolutely not true.

Yes, Egypt is fighting terrorism, just like the rest of the world, terrorism is everywhere now, and no one can predict what terrorists are up to or where/who their next target is? 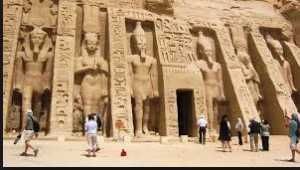 Terrorism exists in North Sinai and it is under the control of the Egyptian army and they are doing a great job there, to clean the entire area from terrorism.

What is happening in Egypt in general in different cities of attempts to spread chaos or terrorizing citizens are mostly very preliminary attempts now and the security status is under control of the concerned security forces and authorities. In addition, the majority of terror attempts are faced with pre-emptive successful security strikes.

Unfortunately, foreign media don’t publish any positive news about Egypt, on the opposite, they are misleading their readers about what is really happening in this part of the world.

We live a very normal life in Egypt, our kids go to schools and universities, people go to work and they go out and travel to different cities in weekends, especially to the North Coast, Alexandria, Sharm Elsheikh, Hurghada, Ain Sukhna, Ras Sidr…etc, and everything is normal.

On 12 May 2015, for fun holiday website, published that Hurghada airport received 6000 tourists from different nationalities in Europe in 24 hours.

If you still have doubts, just ignore what I’m saying, because if you are scared generally that maybe something bad may happen while you are here, then let me tell you that danger is everywhere, accidents happen even in your own bedroom! So, if you are the scared type in general, of course I don’t blame you. You have all the right to stay safe in your own bedroom!

Don’t listen to what I’m saying, But at least listen to what other foreigners and tourists who visited Egypt recently and those who are currently in Egypt for tourism, are saying about their staying. They are the ones who are telling the world that Egypt is safe and they are enjoying their staying. It’s not me who is saying this or the government, it’s tourists own statements.

Nothing is better than a sound and a picture, please if you are curious to know the answer to whether Egypt is safe or not in 2015, check the following videos:

I selected some recent videos, you can check the different dates of year 2013, 2014 and 2015. (special thanks to my friend Khaled Abu Elezz, who was a great help in finding these videos).

Saudi Prince Al Waleed Bin Talal visit to Egypt and he assured it is totally safe. Sharm Elsheikh, Prince Talal said that he was honored to visit Egypt, and he enjoyed his visits, and he visited Egypt to assure the world that Egypt is safe and to confirm that the security is strong and in control.