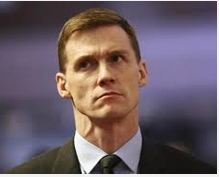 John Casson who is supposed to be the British Ambassador to Egypt, is obviously fond of Britain’s colonial black bloody history in Egypt from 1882 to 1952. Now in 2015, it seems like John Casson thinks that he is the British high commissioner in Egypt and has forgotten that Egypt is no longer a royal colony of Britain, and Britain is definitely no longer an empire.

If Mr. Casson is being monthly paid by his government to be shocked and to be concerned about Egypt’s internal affairs, he can instead save his monthly salary for getting shocked of Britain’s violations to the freedom of Press in his own country.

Mr. Casson was shocked and concerned in the wake of an Egyptian court’s decision to hand down prison sentences for three of Al Jazeera journalists, on 29/8/2015, for operating without a licence in Egypt and faking news in favor of the Muslim Brotherhood terrorist organization.

Mr. Casson expressed his concerns about Egypt’s commitment to democracy, and the temporary stability in Egypt on the basis of suspending freedoms of media and expression and depriving individuals of their rights in the Egyptian constitution.

Why don’t Mr. Casson and his colleagues all over the world, let the Egyptian people take care of their own internal affairs and worry about their own issues, and instead of lecturing Egyptians about the west fake democracy and fake freedom that they want to force it on us, to concentrate on their own deteriorating internal affairs.

Of course democracy and freedom exist in UK, and the big proof on this, is that unlike the United States, Britain has no constitutional guarantee of press freedom!

Definitely UK is the kingdom of freedom of press, as the parliamentary committees and the police are exploiting the lack of press freedom protection in their own constitution to harass and prosecute any journalists in UK!

For instance and not limited to, like back in 2013, when the Guardian newspaper made a publication of information based on National Security Agency documents that were leaked by Edward Snowden. (Edward Joseph “Ed” Snowden is an American computer professional, and former government contractor who leaked classified information from the U.S. National Security Agency (NSA) in 2013. The information revealed numerous global surveillance programs, many run by the NSA and the Five Eyes with the cooperation of telecommunication companies and European governments).

For certain US and the UK believed that the US public and the British public had the right to know about the  N.S.A.’s spying on private communications, especially when the prime minister of UK, Mr. David Cameron sent one his assistants to practice pressures on the Guardian to destroy the classified documents that they received from Edward Snowden. In addition, the British authorities arrested David Miranda the Guardian partner and the assistant journalist of Glenn Greenwald, and the freedom of press in England was being under parliamentary and criminal inquisition.

This Edward Snowden case was real and not fake, and it was a big scandal and the public in the entire world deserved to know the truth about what kind of fake freedom they think they are enjoying, and what kind of human rights and freedom of press violations, the governments of the west are practicing on their own people.

What is the definition of freedom means to Mr. John Casson the British high commissioner in Egypt, when obviously we have more than one definition for freedom, which is based and depend on where and who we are talking about? I don’t think that people like Mr. Casson feel any shame of their constant blatant double standards and continuous lies and international public opinion mislead.

Does the United Kingdom allow anyone on its territory to practice any profession including journalists, without an official licence or work permit? Does the UK or the US allow any foreigner who carries touristic visa with “no work permit allowed”, to work as a journalist on its territory without having work permit or a licence? In the Edward Snowden’s case, as far as the world witnessed, UK did not allow their own press to publish facts and real classified documents of a spying case, I wonder what their own law says when the press publish faked news?!

Whether John Casson or his British government like it or not, Egypt is an independent country, and its own words and decisions come from Egypt’s own head, and certainly not from from Britain’s or any other country in this world’s twisting arms policy, to put pressure on Egypt and to direct 90 million Egyptian citizen as they pleased, and not according to what we achieve through an independent judicial system.

I hope Mr. John Casson will have the same guts he attacked and criticized Egypt’s judicial system Independence and Egypt’s sovereignty on its own territories, to inform his government about the reaction of the Egyptian people towards him as a representative of England that he is no longer welcomed as a British ambassador in Egypt, after his shameless statement that it is considered not an insult to the Egyptian judiciary Independence, but it is indeed a direct insult to the Egyptian people who are the only ones who have the right to mind their own internal affairs and to accept of reject any internal affair and not the foreign British ambassador who doesn’t represent but his own country and not the Egyptian people.

Egypt is an independent great and ancient country, and certainly Egypt was not born yesterday like many statelets out there in this world, and such a great country like Egypt doesn’t need any certificate of good conduct from anyone Mr. Casson, but I believe that you are going to need one when you leave Egypt and get appointed somewhere else.

A spelling checker was made on this post, as English is not my mother tongue language, after all, this post is addressed to his Eminence the British ambassador in Cairo John Casson.