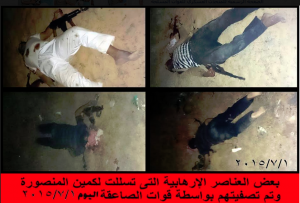 On the 1st of July 2015, international media, Muslim Brotherhood anti-Egypt media and of course Al Jazeera media network, were racing in publishing faked news and reports about the terrorism attack that took place in Sinai on 1/7/2015.

The reports were already there, ready for broadcast, like these reports were prepared and written a day earlier to the terrorism attack!

They were confirming that Sinai has fallen in terrorists hands after a very short time when terror attacks happened and were still going on and the Egyptian military was dealing with it.

They were claiming things like parts of Sinai have fallen in the hands of ISIS and that the Armed forces causalities were more than 100 and gave the impression that the Egyptian armed forces were fleeing in front of terrorists and that parts of Sinai were already under terrorists control….and a lot of these usual bullshit news of theirs… 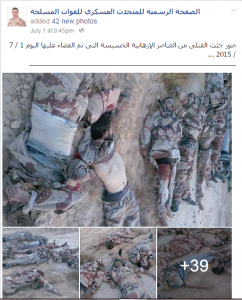 The Armed forces were not in a position to make a statement or to provide any piece of news while the battle was going on. After the battle was over, the military provided an official statement and a filmed report about what really happened and how it happened in full details on that day in Sinai.

After all these media amateurs and liars realized that what they have been publishing about that event was nothing but big fat lies, Al Jazeera for instance mentioned that the Egyptian Armed forces have used excessive force against ISIS and other terrorists!!!

The foreign reporters in Egypt who were copying and pasting news from their Muslim Brotherhood favorite terrorists exclusive sources as usual , were no big difference than what Al Jazeera was spreading of lies and fabricated stories.

Many of the Egyptian media, Egyptian electronic newspapers websites, social media users also seem like they caught the same lying disease from international media and Al Jazeera, were voluntarily marketing other media’s fabricated stories…and of course they were actually marketing terrorism lies and spreading panic among many people in Egypt and this was done by some people due to ignorance, but it was also done deliberately and on a purpose by many out there, especially the so-called “professionals and experts”, whether journalists or informative from different nationalities .

I guess because the journalism and media became since quite some time now, not the eyes of the people that should 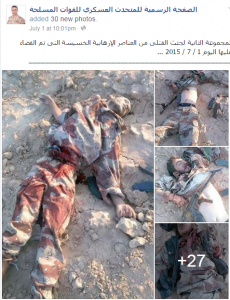 provide news based on credibility, facts and trusted sources, but a trade and a business. Who gets the exclusive news first? Doesn’t really matter if the news are fake or correct, as long as there is some actions going on somewhere on this planet, beside that violence and blood definitely catch many readers eyes.

Nothing is really interesting to read that the situation is stable, things are under control, and you just tell the truth about what really happened, many in media and journalism sector worldwide won’t be able to make their living if they tell the truth and facts as it happened in reality.

What really happened in Sinai, is in the following statement and filmed report issued by the Egyptian Armed forces on the terror attacks dated 1/7/2015 in Sinai. I’m not going to have any comment about what happened that day, because as I mentioned, the filmed report contains everything and it is in English language.

The Egyptian armed forces report on military operations in Sinai 1/7/2015:

At 6:55 on Wednesday morning, a group of terrorists attacked numbers of security checkpoints of the Egyptian armed forces in Sheikh Zuwaid and Rafah areas at the same time. They used car bombs, different weapons and ammunition. 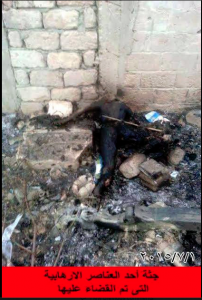 These terror attacks resulted the death of 17 Egyptian armed forces individuals, including 4 officers and the injury of 13 others among them an officer, while doing their national duty.

The Egyptian armed forces are in a war against international terrorism and they won’t stop till they free Sinai from all terrorist hotbeds.

Abd El-Fatah Al-Sisi, the President of the Arab Republic of Egypt, visited North Sinai on the 4th July 2015, to check the preparations and the readiness of the Egyptian Armed Forces and the Civil Police and to follow up on the development of the pursuing operations of the Takfiri elements and the terrorist hotbeds.

In addition, the president checked some of the weapons and ammunition seized by the armed forces and which were used in the terror attacks. He also visited military forces in one of the checkpoints.

The following video, shows the President’s visit to North Sinai on 4/7/2015 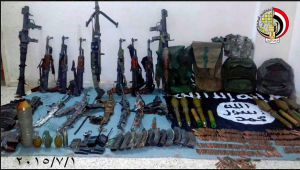 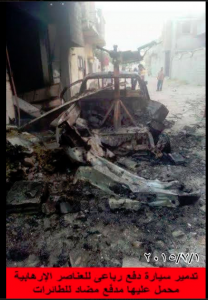 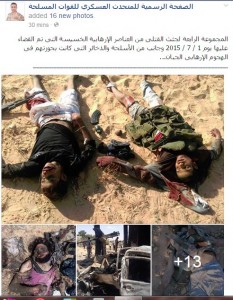 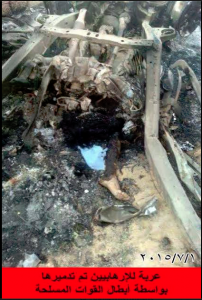 Video of The Egyptian armed forces filmed report on military operations in Sinai 1/7/2015:

(if for any reason, the video doesn’t show subtitles in English, please click on “Subtitles/CC“, located at the right bottom of the video bar, and the translation will be on)