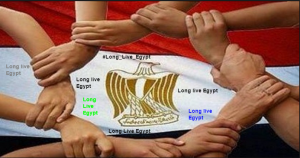 We the undersigned Egyptian citizens would like first to pay our condolences and deepest sadness to the families who lost their beloved ones in the Russian plane crash in Sinai, that caused the death of 224 passengers and crew on 31 October 2015.

We are not claiming through this post that we know for definite what caused the plane crash, because we are not the concerned authorities who are handling this issue.

Whether the crash was due to a technical fault or a terrorist attack as it has been spread lately and so fast without any accurate investigations by many foreign press and western governments, we have the right as Egyptian citizens to explain some important points concerning this plane crash because it happened on our territory.

It was really weird that Obama and David Cameron were competing in confirming to the entire world that this plane crash was because of a planted bomb in the plane or  due to a missile attack. These claims were Based on what? They were based on their intelligence information, because David Cameron confirmed that UK’s decision of banning flights to Egypt and evacuating all British tourists was based on “accurate” intelligence reports.

As far as we can remember, the British and the US intelligence were not accurate about many things lately.

Like for instance and not limited to, the Iraqi invasion that was based on “inaccurate” intelligence reports about Iraq possession of WMD. Also the US and their allies were betting on the Muslim Brotherhood’s dead horse, based on their intelligence “inaccurate reports” about the popularity and domination of Brotherhood in Egypt.

If Obama and David Cameron didn’t base their claims on their intelligence reports, perhaps they based it on terrorist groups claims, Like ISIS and Ansar Beit El-Makdes claimed in their video that was published and spread in the Egyptian and Arabic media after the Russian plane crashed, that they are the ones who took down the Russian plane.

The video that was published by ISIS/Ansar Beit El-Makdes showed the plane type that was crashing “Boeing”, while the Russian plane that crashed in Sinai was an Airbus! Also, how come the video didn’t show the missile the moment it attacked the plane and took it down according to their claims?

Let’s ignore all the above and presume that ISIS and Beit Al-Makdes took down the Russian plane by a missile and Obama and David Cameron consider terrorists claims in this regard as a “holy BIBLE”.

How can we ignore that the plane was flying over “Alhussayniyah” area which is located in the middle of Sinai. This area has a big population and it has many factories and commercial shops, and it is under total security of Egyptian police and military, which makes it very difficult for any terrorist group to walk around freely with heavy weapons.

Furthermore, the plane was flying by 31,000 feet, meaning that to take it down, it needs Sophisticated air defense missiles, which is impossible to be possessed by these primitive terrorist organizations. Otherwise, if they do possess these type of missiles, how come they didn’t use it against the Egyptian military airplanes to avoid the air strikes? Maybe they were saving it especially for this Russian plane? Does this make any sense?!

Beside that, to take a plane down from this distance, it can’t really happen except by S 300 missile or similar, and it must be according to a certain complicated and very advanced air defense system, with Radars and complete air defense station, and it is known that the terrorist groups in Sinai are using only Shoulder-fired missiles which are not strong enough to reach the long 31 thousand feet in the air.

On the other hand, The Russian Tass news agency mentioned that according to a source in Cairo Egyptian airport, the captain of the Russian plane asked the airport to guide him to the nearest point for emergency landing. In addition, the captain of the plane mentioned that there was a failure in the plane radars and asked for emergency landing. So, every minute now since the plane crashed, we are reading about more news and information revealed, which means that no one can confirm so far, what really happened and caused the plane crash.

It is worth mentioning, that the story of the Daily Mail “once upon a time a British pilot and the Sharm El-Sheikh missile”, that was published right after the Russian plane crash, and was of course handled by other foreign press, that all of a sudden a British pilot decided to get out of his silence, he told that back in August 2015, he was headed to Sharm El-Sheikh and all of a sudden, he saw with his own eyes a missile headed to his plane.

But after the Russian plane crashed in Sinai, he decided to get out of his silence and revealed to the world this once upon a time story of his.

Despite that this story is very funny and entertaining just like Alice in wonderland, but this one is the British pilot in the Missiles land, and we really need to stop here a little bit.

The British pilot mentioned that he didn’t tell this missile story to any one or to any authority, because he didn’t want that the British tourists get panic and scared, while they were going to spend their vacation in Sharm El-Sheikh. And indeed they landed safely in Sharm and had a nice vacation!

This story makes us wonder another time, keeping silent about a serious issue like this, at least from the Officials and concerned authorities in England, isn’t considered a conspiracy against the safety and the security of the British citizens?

Isn’t this the same safety and security of the British citizens that pushed the British prime minister David Cameron, to declare and decide immediately the evacuation of all British tourists from Egypt and banning all flights to Egypt?

Another question, how did the British newspapers and England with all its huge intelligence potentials managed to confirm just after 3 days only from the Russian plane crash in Sinai, that the plane was targeted by a missile, while these same British newspapers and intelligence didn’t manage to know about the missile that was headed in Sharm El-Sheikh sky to attack the British plane after about 70 days from the incident that took place according to the British pilot claims back in August 2015?

Furthermore weird questions, how did England and its intelligence and its prime minister allowed thousands of British citizens flights to Egypt and especially to Sharm El-Sheikh since August 2015 for tourism in Egypt, while Egypt’s sky was raining missiles targeting airplanes and the lives of British citizens?

Further weird driving to craziness question, if the British prime minister David Cameron knew about this missile attack since August 2015 and he also kept silent, doesn’t this require that the British prime minister be questioned and face an urgent trial for exposing and endangering the lives of thousands of British citizens, especially that David Cameron declared and confirmed that the British intelligence possess accurate reports about targeting planes in Egypt with missiles!?

This of course in addition to some stories that was spread about security individuals in the Egyptian airports taking bribes to let tourists pass without checking, and some tourists were saying that they didn’t feel safe and they were offended in Egypt’s airports…okay, if this how things happened, why these people who complained all of a sudden, didn’t declare this right away at the moment it happened and only exposed it when everybody started to sharpen their knives to cut Egypt’s head? If they don’t like it in Egypt, why they didn’t leave immediately? Why telling these stories now? were they waiting for the Russian plane to crash to tell us these stories of bribes and offense? Why these tourists didn’t expose these practices at least to the foreign press correspondants and reporters who do live and making living in EGYPT?!

We really deserve an answer, and the question is very simple, why these tourists didn’t use their right in complaining and exposed these bribes the minute it happened and they waited all this time and only revealed it after the Russian plane crashed?!

No one can confirm what was the cause of the Russian plane crash so far, till it will be revealed after the investigation is over and we get all the facts about what really happened and caused this plane crash.

The immediate reactions that really makes us wonder from many countries in the world, especially the US and England, when many countries decided to ban their flights to Egypt, without waiting for investigation about what really happened to this Russian plane, and the immediate evacuation of foreign tourists from Egypt.

Every country in the world has the right to protect its citizens and to take all kind of security measures to provide protection and safety. But can security and safety to foreign citizens be achieved through marketing lies campaigns and claims based on irresponsible declarations which consequences is harming Egypt’s reputation internationally, and spreading panic and targeting the Egyptian tourism?!

Such irresponsible decisions by many countries out there which are only based on guessing,  is only serving the target of terrorism to hit the Egyptian economy by targeting the tourism sector.

Is the purpose of banning flights to Egypt,  an introduction of the start of economy siege against Egypt? It is not a secret that the Egyptian current regime and leadership is not a subject to the twisting arms policy that has been practiced on Egypt since long time now and especially since 2011, in addition to the blatant interference in Egypt’s internal affair from the US administration and their allies.

Banning flights to Egypt based on lies campaigns is a cheap blackmailing policy and the world community’s usual double standards.

We the undersigned Egyptians are asking everyone out there who reads our message here, just to use logic about the nonsense that your governments are spreading and brain washing you with, whether these negative marketing campaigns against Egypt’s reputation are deliberately done or by the chance, just think and see where logic is going to take you.

Egypt is definitely safe, and Egypt war against terrorism is very successful. Yes there are terrorist groups in North Sinai, but the war against them is going well and under control, and those who follow Egypt’s news lately, realize that you hardly hear about any terror attacks in any place in Egypt, except North Sinai which is handled by the Egyptian army and police.

There are more than 95 million Egyptian citizen lives here and if Egypt is not safe for tourism or if the situation was not stable, we are honest enough to tell people out there the truth. The truth’s Egypt is safe and will always be a safe territory with the greatness of its people, civilization and the strength and capabilities of its military and police forces.

Egypt welcomes and opens its arms for all people in this world, in order to enjoy the generosity of Egyptians and the charming atmosphere and the beauty and splendor of its civilization which has no parallel in the world, and if you decide to listen to logic, you will come to Egypt and you are going to enjoy your stay here.

If you don’t want to come to Egypt, fine too, but please don’t participate in spreading inaccurate news or some stories that harm Egypt and thousands of Egyptian families reputation who work in the tourism field, unless you have all facts as things happened and not as people imagined it happening or use it as a cheap political pressure blindly when following the nonsense of some governments out there who did deliberately lose both sight and insight.