Mass graves found under Rabaa stage and Rabaa Mosque Garden, tortured and killed by Muslim brotherhood Cairo Egypt, After the disengagement of Rabaa Square on 14/8/2013

The Following Videos and screen shots dated 14/8/2013, the disengagement of Rabaa Square Sit-In. The video showing Muslim Brotherhood preparations before the security forces disengaged totally the whole square. They were not just ready with heavy weapons, but they were also ready with dead bodies got tortured to death and were buried in mass graves in Rabaa Square, and they got them out to use for Medias purposes Propaganda show when necessary. That was the only way to get rid of those mass graves bodies.

The story is, they were not paying attention that some of Rabaa neighbors were recording their pure evil from their balconies. Those are not the brotherhood dead bodies; otherwise, they would have used them right away when they died and claim as usual that the police killed them, or why would they keep dead bodies any way?  (Muslims bury their bodies right away, according to Islam, you honor the body by burying it immediately, that’s according to Islam)

Those are the bodies of torture to death victims. They could n’t throw in the street every day a dead killed body, so they got them out of the mass graves, uncovered them, to show the world that those are the victims of the disengagement of the Sit-In! Foreign Medias never even checked, at least through their nose, that those bodies were killed some days ago from the bad smell, beside the torture severe marks on the bodies.

It is not a secret any more that Brotherhood were kidnapping and torturing Egyptian Civilians to death. After the disengagements of The brotherhood Sit-In in Rabaa, The security forces found more than 20 bodies buried in Mass Graves in the Rabba Mosque Garden and under Rabaa Stage. Here is a link to the Mass graves found in Rabaa Square.

The following Videos recorded by some of the neighbors who live in the buildings in front of Rabaa Square. (Foreign Medias never bothered to interview the families who live in Rabaa neighborhood, who were threatened, kidnapped, tortured and killed daily by the brotherhood. Not even bothered to interview the families victims in the neighborhood. I guess they were very busy enjoying the generous hospitality of the Brotherhood and working hard on spreading their lies to the whole world.

No matter what we show and send evidences to Foreign Medias, they always say:” how can we tell that this is  Rabaa square and how can we be sure that those individuals in the video are Muslim Brotherhood or their supporters?

The videos show the Rabaa Square, and the foreign Medias are very familiar with that specific square, because that’s where they were deliberately spreading fake and false news to the whole world about how peaceful and how innocent are the Muslim Brotherhood supporters. They were the only ones allowed to enter the square, because Brotherhood only trust Foreign Medias who are specialized in spreading brotherhood lies.

Following video evidence showing pure evil of Muslim Brotherhood. On the 14th of August 2013, the videos show, Muslim Brotherhood and supporters, abstracting already dead bodies covered with shrouds. They were doing this right before the security forces start releasing the demonstrations from women and children who were kept by force in the square and they were also used by Brotherhood as human shields.

Muslim Brotherhood carrying the bodies and placing them in different places in the square. Uncovering the shrouds from the bodies, to give a fake image to the foreign Medias, that those are the innocent Muslim Brotherhood killed by Military and Police. If you take a close look to the videos scene, you will see clearly that dust on the shrouds, which show that those bodies were buried since quiet time ago. How can foreign medias explain those scenes in the following Videos? how can you explain those scenes in the following videos? Brotherhood not only tortured those bodies to death, but they were trading with the bodies, to convince the world that those are their own victims killed by the police.

Following videos recorded on the 14th of August 2013

Screen shots in case the videos get removed 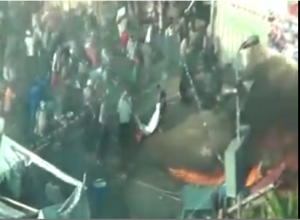 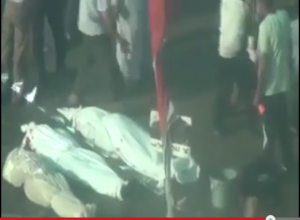 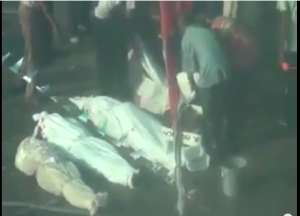 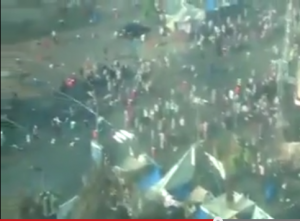 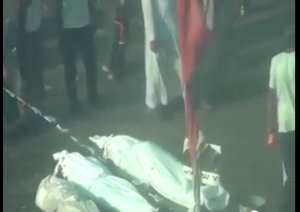 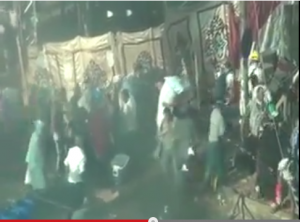 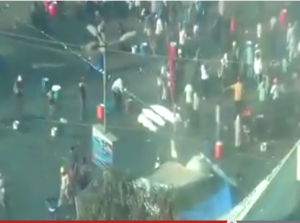 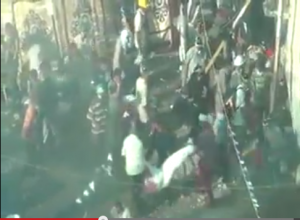 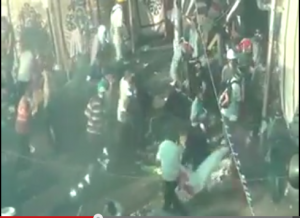 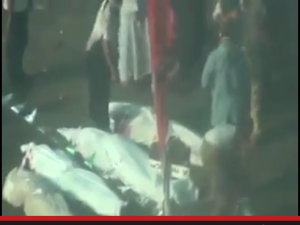 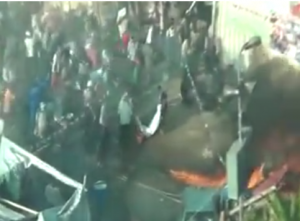 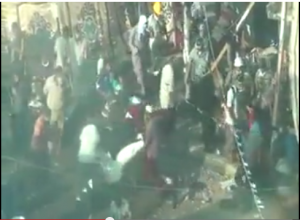 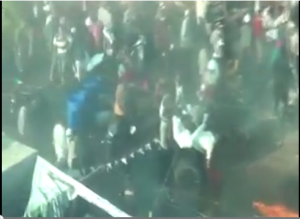 Video and screen shots evidence massacre against police stations in Aswan, the 14th of August 2013. Muslim Brotherhood militias as the video show, attacked police stations, carrying heavy weapons, took soldiers and officers as hostages and started to torture them to death one by one.  MB tortured chief of a police station, put a rope around his neck and kept on torturing him with different torture tools in front of his soldiers and officers. the video and the screen shots show also Brotherhood criminals recording the whole massacre process and torturing which is similar to Al-Qaeda style, Recording their own massacres and feel proud of their bloody manhood in killing people. The video and Screenshots taken in case video gets removed. 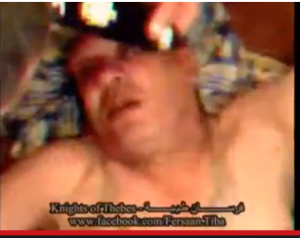 Video evidence massacre against police stations in Aswan, the 14th of August 2013. Muslim Brotherhood militias attacked police stations, took soldiers and officers as hostages and tortured them to death. 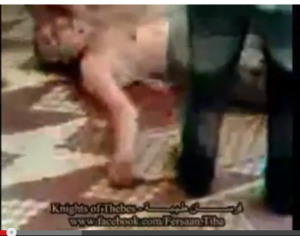 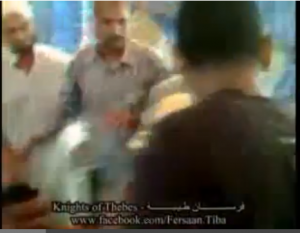 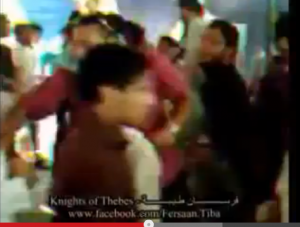 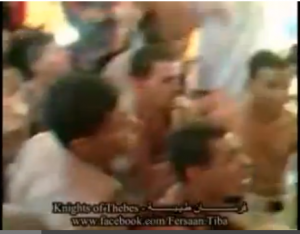 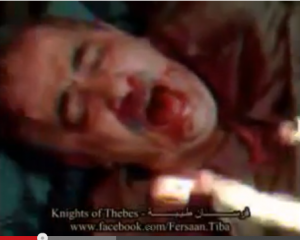 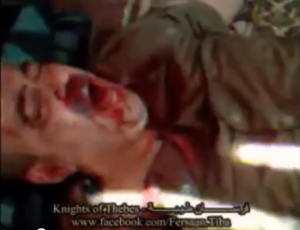 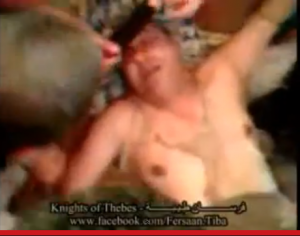 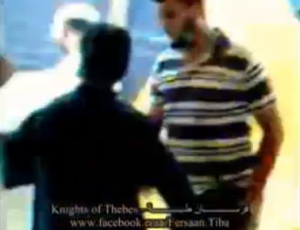 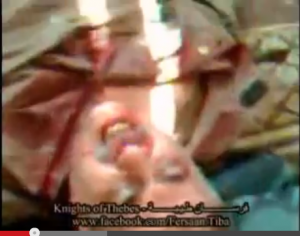 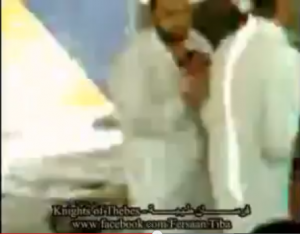 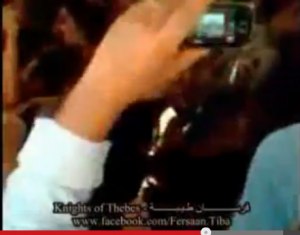 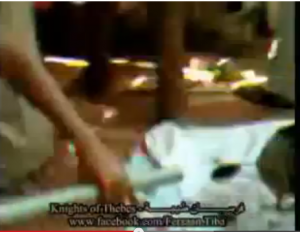 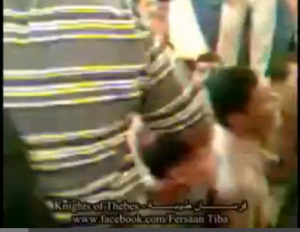 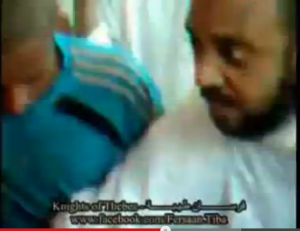 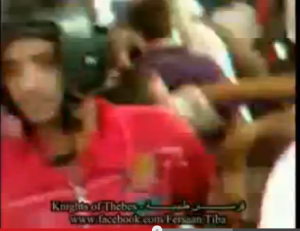 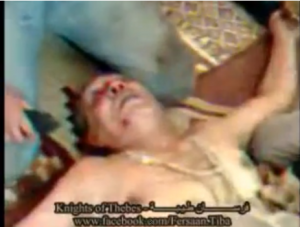 Cairo University Faculty of Engineering, totally destroyed and looted by Brotherhood Militias Thugs of the 14th of August 2014, the day of the disengagement of Alnahda square. This is how it looks now.

Video 19th of August 2013, Brotherhood Militia carrying heavy weapons and and shooting randomly at civilians in Egypt – Video recorded at AL-Haram – Giza – on top of the tunnel. At the last 2 minutes of the video, brotherhood thugs are ordering their guys to escape quickly because the military and police forces were reaching the area.