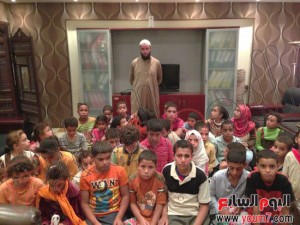 Muslims Brotherhood series of crimes against children in Egypt continue, thanks for the support of The USA and Europe for Brotherhood terrorists International Organization.

The Egyptian Authorities managed to arrest Muslims Brotherhood after kidnapping children from different Orphanages homes, claiming that they took them to buy new clothes for them and then taking them to Rabaa Square, Nasr City, where they are demonstrating, to use those children as human shields in their criminals terrorists acts.

71 Children were kidnapped and the kidnappers were arrested by the police.

The criminals who got arrested, admitted that their role is to get the children, buy them new clothes then take them to Rabaa Square. 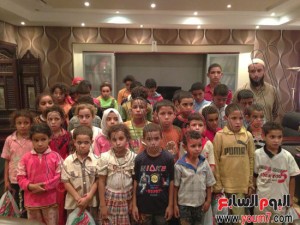 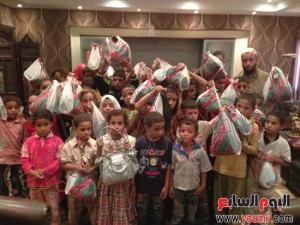 The following video is showing one of the kidnappers admitting that this is not the first time that he kidnap children and he added that he used to take kids from the street or orphanages homes and then take them to Rabaa Square.

First time he kidnapped children was in Giza Area, When he was told by a brotherhood member to get him at least 200 kids and take them to Rabaa, and he told him to make sure that they are poor kids, so no families would ask or check after they disappear. In his confession after admitting the kidnapping, he said that he personally is against what brotherhood are doing and he has no relationship to them! He is against the brotherhood Militia, but he is just kidnapping kids to their favor!

The kidnappers took those kids from different cities other than Cairo. Two buses were caught with the total of 71 kids. the kidnappers admitted that they managed to bring about 200 kids to Rabaa Square from previous times.

The following video is showing one of the criminals who confessed the kidnapping and he said what I translated above.