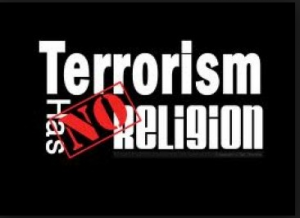 Editors and writers of the Daily Telegraph, who are like other foreign medias, ignore to publish any letters from Egyptians or Egyptian Americans, except if they are biased to Muslim Brotherhood terrorist Organization.

Your article entitled Egypt’s Muslim Brotherhood launches fightback from Criclewood flat in London is a marker, you must make careful note of.

Remember it, As the Brotherhood shall come back to bite the countries that harbor it.

Harboring terrorists is a dangerous hobby.

London may provide safe haven to the Brotherhood terrorists today thinking that may avoid another 7/7 A theory that most likely shall be proven false.

The Egyptian people and we amongst them are voting for our new modern civil 2014 constitution. We then shall vote for our President and parliament elections.

What the Brotherhood and you call a military coup is the will of the Egyptian people. The largest grouping of human beings in history according to the BBC that took place for 4 days (June 30 – July 3) impeached and removed the fascist Brotherhood regime.

It is interesting that the UK and the British media never criticized the Brotherhood when they ruled and when:

They arrested 1800 Egyptian’s and imprisoned them without trial

Their militia killed 62 Egyptian’s protesting around the Presidential palace

They coordinated with Hamas attacks against the Egyptian military

They made women and copts second class citizens

They turned a blind eye to military hardware smuggling from Libya

Where was the Telegraph when all this was happening?! in a comma?!

Mr Mounir talking about the corrupted elite and you writing his quote is a reflection of your ignorance of real facts of the ground. Morsi co-opted the corrupt elite in his structures ! It was the overall masses of Egyptian’s who turned against the Brotherhood and its puppet morsi.

As for your last comment re lawyers of the Brotherhood in London making a case against Egypt, we the Egyptian people should hire lawyers to take the British Government to court as it harbors terrorists conspiring against Egypt, its national security and people.

Link to all crimes committed by Muslim Brotherhood terrorist Organization, perhaps you need to take a look on it, so when they turn against you and bite you guys, at least you will have an idea about what style are they using in torturing and slaughtering their victims. Not really far from Al Qaeda style.