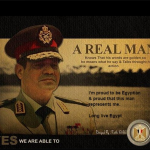 One of the lies foreign reporters in Egypt are constantly spreading on their social media accounts, is that Egyptians hate foreigners. This is not true, Egyptians are very friendly people and they love foreigners, besides that there are about 4 million Egyptian, their income depend on tourism and many sectors in Egypt depend also on tourism. People in Egypt are aware of the big difference between a guest and a lousy reporter who twist facts and forge the truth about people’s daily life and events. Foreign reporters have earned bad reputation in Egypt, because they simply publish lies about Egypt and the Egyptian people. 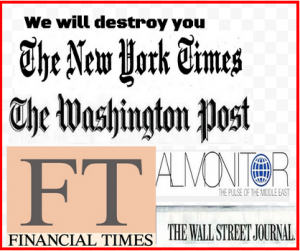 in Egypt including the president of Egypt. But they are against some of the “biased yellow foreign journalism”, which exploits, distorts, and exaggerates the news to create sensations and attract readers. Egyptians are against the yellow journalism that creates hype or forging news or misleading international public opinion to attract readers and viewers in order to increase the target rating point and to get more publicity.

Egyptians are against foreign journalists who pick sides, promote sympathy for one side and hostility for the other.

Take the following for example, note the dates and the titles, you don’t need to read any further details, because they all use language tricks to obfuscate and they directly quote the same fabricated stories from each other. 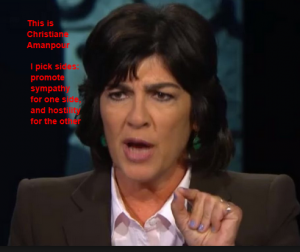 The content of all these articles, are not news but biased opinions to one side which is “terrorism and total chaos”, shooting accusations without 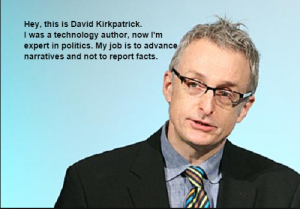 any single evidence, insulting the Egyptian people and the president of Egypt based on lies and inaccurate news and  information. They even plant the doubts in their readers minds about our martyrs from the military and the police who are getting assassinated by terrorists, because they don’t consider Egyptian police and military individuals as human beings, but as they label them “mercenaries”.

This foreign yellow journalism, doesn’t publish any positive thing about Egypt. They mainly concentrate on distorting the Egyptian military’s reputation describing our military armed forces as mercenaries and murderers. Foreign reporters deliberately insult the Egyptian people and humiliate them, they don’t see in Egypt but the terrorist groups who from their points of view are human beings and have rights, and we the Egyptian people are slaves, because we respect and appreciate the role of the Egyptian military who saved our country and saved our souls and they are still sacrificing their own lives for us. 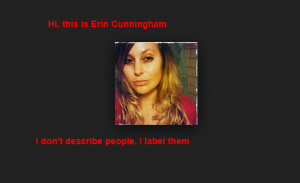 Foreign reporters did not report to their readers that Sisi managed in less than 100 days since he became the president, to start the New Suez Canal project and it is totally financed by the Egyptian citizens who responded to their “dictator”president when he called them to contribute in this big project, which will raise the Egyptian economy from 5.2 billion to 13.2 billion dollars. This project is providing employment for 1.5 unemployed youth in Egypt and work opportunities for 56 Egyptian drilling companies who were suffering from recession.

Foreign reporters did not mention to their readers that the Egyptian government started a development project for the north-west coast and the desert hinterland, which stretching from El-Alamein to Salloum, distance of 500 km and a depth of 200 km. Other Projects for linking upper Egypt cities with the red sea governorates and the projects of linking Sinai  to the canal cities through 6 new tunnels.

Foreign reporters did not publish anything about the new roads projects, the new touristic cities, the application of maximum wage salaries. The 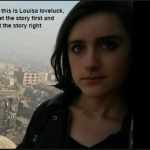 president of Egypt gave up half of his fortune and half of his salary to the Egyptians. His political efforts in relation to Egypt’s role whether on the territorial or international level. His efforts to get back Egypt on the right track, after it was dragged by Muslim Brotherhood regime to a dark tunnel.

Foreign reporters deliberately forgot to inform their readers, that the President of Egypt, they describe as corrupted conspired military man, is fighting and challenging corruption in Egypt and he doesn’t owe anyone any favors or any services, that he has to pay back in return.

Foreign reporters live in Egypt and didn’t see or hear that the president of Egypt is pushing everybody in Egypt to work and to be productive and he started by himself, to give the good example to the community and officials. They also didn’t see that the president is choosing the people he works with, based on competence and experience and not his brotherhood family and clan, as his predecessor did.

Foreign reporters also forgot to mention to their readers, that the police and military forces in Egypt are being targeted and assassinated by terrorists because they are doing a great job and huge efforts to protect the national security of Egypt and the Egyptian citizens from Terrorists and criminals.

Foreign reporters did not mention also that they do accept to live in Egypt under the protection of the Egyptian police and armed forces, who they describe as “killers”. I don’t understand, how can these reporters sleep and feel safe under killers and mercenaries protection, that they claimed have killed their own people, aren’t the reporters scared that these same mercenaries and killers kill foreigners too!?

Foreign reporters report to their readers that the police and the Egyptian army are nothing but trained killers, because they dared arresting or dealing with terrorists and criminals hired and paid by Muslim Brotherhood to plant bombs in our universities and try to enter universities with white arms and weapons and are trying hard to spread chaos, blood and disrespect of discipline and laws. Foreign reporters describe terrorists who damage public and private properties, planting bombs in subway, public roads and police checkpoints, as the innocent youth of Egypt who had enough of oppression and brutality from the Egyptian State.

Foreign reporters are totally disregarding the real youth of Egypt, who work hard to support themselves and studying at the same time, hoping to achieve their dreams. The real youth of Egypt are our sons and daughters who go daily to their schools and universities despite the threats of Muslim Brotherhood students, who don’t want to study and learn, but want to use and turn schools and universities to a bloody battle field and total chaos.

The youth of Egypt, from foreign reporters points of view, are those who get paid to commit terror attacks. Are those who call themselves “political activists, who are so miserable now because they are unable to receive hard currency from foreign NGOS to continue the interrupted creative chaos project and the topple of the Egyptian state institutions. Terrorists and traitors are described by foreign reporters as the youth of Egypt who are severely oppressed and have the right to protest violently and also have the right to be armed. 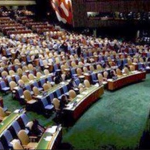 Foreign reporters ridiculed the president of Egypt when he attended the United Nation 69th assembly cession and chanted long live Egypt and the first thing he said in his speech was saluting the Egyptian people. They claimed that Sisi was busy applauding for himself, while he was applauding and paying respect towards the attendees.

Isn’t weird that foreign reporters didn’t ridicule Erdogan of Turkey, who made a speech in the UN assembly to the empty chairs and tables, which were the only attendees during his speech?!

The real farce and ridiculous here are these foreign corrupted blatant liars reporters and not Al-Sisi the president of Egypt, who carries his military honor record, modesty and popularity wherever he goes. 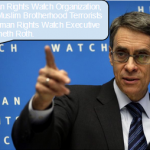 Foreign reporters don’t really write about Egypt’s daily news as things happen, but as they want their readers to believe that what happened in Egypt on 30/6/2013 was not a revolution, but a military coup. Foreign reporters are telling their readers that Sisi the president of Egypt is so busy in controlling the entire country and its institutions with his iron, dictatorship and repressive fist.

In addition, foreign reporters claim that the Egyptian military, Sisi and more than 33 million Egyptian protesters conspired against the Muslim Brotherhood regime to seize power.

Well, if Sisi is a dictator like foreign reporters are labeling him, and he and the military conspired against MB to seize power, then this is the first time in the Egyptian history, that we see a conspirator who accepted to become the president of Egypt, with not many authorities that will assist him to become a dictator because the 2013 Egyptian constitution does not provide him with sufficient authorities to do so!

The president of Egypt needs a ministerial team  to execute his vision to achieve his goals, but this team must be approved by the Egyptian 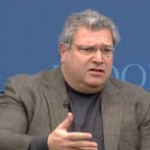 The Egyptian parliament have the right to isolate the president from his post and put him on trial according to (article 159). 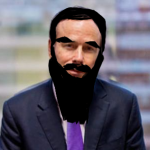 I use language tricks to obfuscate

The president announced that there won’t be any delay in relation to the Egyptian parliament elections and no one can defeat the Egyptian people in whatever they choose to represent them in the Egyptian parliament. Reporters should instead ask the normal Egyptian citizen in the street, what are the political parties are trying hard to do all this time, in order to be able to get through the elections with a saving-face!? Instead of accusing the president of deliberately delaying the elections, because this is a lie.

So, what kind of conspirator and a dictator do we have here?! If I take the lies of foreign reporters as the truth, then I guess Al-Sisi was so smart in conspiring and seizing power, and then his intelligence betrayed him when he decided to leave the rest for the circumstances!!! 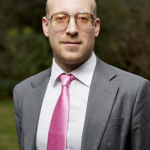 When ignorance and imbecility meet in a man’s brain

people’s intelligence? Yes they do. This disrespect was not created by us, but by those who live in our country, and accepted to make their own living in Egypt and don’t respect the press ethics, because they can only deliver to their readers what they are getting paid to deliver, which is nothing but lies.

Keep on lying, and we will keep on exposing the ugly truth about the working group against Egypt, who are doing their utmost to ignite fire in Egypt, because they cannot stand to see Egypt going for stability and peace, after the country was saved from the dark tunnel and bloody destiny of other Arab countries like Yemen, Syria, Libya and Iraq.

Excuse me foreign reporters, what language do you guys speak? It sounds to me like BULLSHIT, and the award for the best liar without statistics, without accurate news, without credibility or evidence and with total ignorance, unprofessional and totally biased to terrorism, goes to you guys. 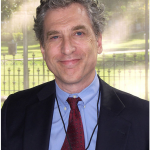 When ignorance meet with the absence of press code of ethics

Foreign reporters present themselves to their readers as the representatives of the truth, morals and virtue as if they are angels. Well, don’t ever forget that the devil was once an angel!