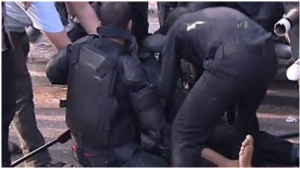 On 8/1/2014, Muslim Brotherhood Students in Al-Azhar University kidnapped two police soldiers and stolen their Identities. The two soldiers were in their way to buy lunch, when Muslim Brothers students surrounded them and dragged them inside the university. The police forces managed to release one of the soldiers, the other soldier was thrown by Muslim Brothers Students from a window in the 3rd floor of the highest building in the university. The soldier had serious injuries and fractures.

Source of Information: On Tv and Almogaz Newspaper.

In addition, Muslim Brothers students and supporters attacked some shops in Nasr city area on 8/1/2014, burned private properties, cars and destroyed small shops and kiosks owned by poor peasants . The following video show the damages and kiosks owners crying on the big loss and damages caused by the terrorists group. Shop owners had poor small kiosks selling some candies and fruit to be able to get back at the end of the day to their homes and put some food on their families tables!

[symple_testimonial by=”Kiosks Owners said”]Kiosks owners said, Muslim Brothers supporters came here and attacked us and destroyed our kiosks, look what they have done. These are not Muslims, they are criminals. They burned our merchandises with Molotov and totally destroyed our poor living source of income.[/symple_testimonial] 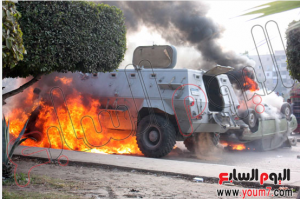 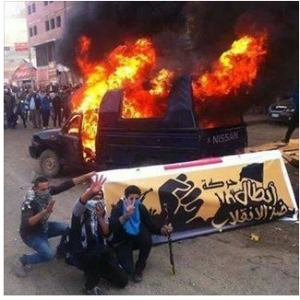 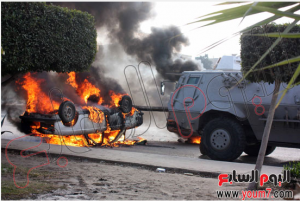 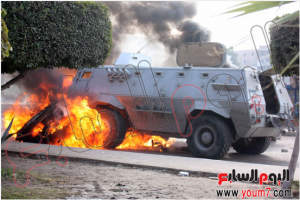 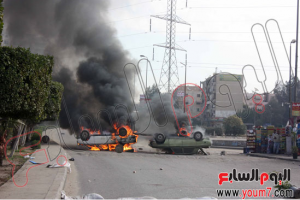 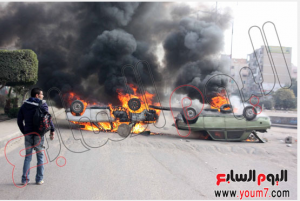 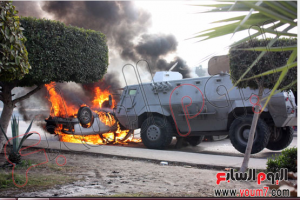 When these criminals get arrested by the police, human rights organizations condemned the police!

When they get on trials for committing violence and terror acts and violence, foreign countries condemned the Egyptian Government for oppressing the freedom of speech and peaceful protests!

When they are sentenced to jail for burning private and public properties and terrorizing people, a European delegate comes to attend their appeals and put pressure on the Egyptian government to release them!

These who commit terrorists acts in Egypt are supported by not less criminals foreign governments and bribed human rights organizations and foreign reporters who report nothing but lies in favor of Brotherhood, their favorite terrorists.

On the other hand, no one condemned the french police when they brutally beaten Muslim Brotherhood supporters in France, when brotherhood break into the Egyptian Embassy to interrupt and ruin the voting on the constitution!

The Egyptian Embassy called the French Police to interfere after Brotherhood started to damage the Embassy! See in the video how Muslim Brothers were begging the french police not to attack them. They were even telling each others in Arabic “don’t attack the police, don’t attack them, don’t resist them”.

They did not dare to throw any Molotov or stones or even to attack the french police like they do in Egypt. They didn’t dare to insult the french police. Because they know that breaking the law in France will put them in jail and no human rights will defend them, no foreign news agencies like the New York Times for instance, will support them and claim that they were peaceful!

All these criminals foreign governments and lousy liars foreign reporters in Egypt mislead their public opinion and they fiercely support a group of terrorists and challenge more than 33 million Egyptians free will, who overthrown a fascist terrorists Regime!  You all criminals and supporters of a terrorist organization, the more double standards policy you apply against us, the more we hate you and despise you!

But when Muslim Brothers commit terror attacks and violence in Egypt, they know that France for instance will be the first country to condemned the Egyptian police and the state if they dare applying the law against their favorite Brotherhood terrorists! Video, french police beating Muslim brothers supporters for attacking and damaging the Egyptian Embassy.

When Egypt fights terrorism and defend its own National security, the world condemn Egypt for being savage and brutal and they call violence and terror acts “Human Rights and freedom of speech and peaceful protests”; who condemned the world for their double f**King barefaced standard policy!  What a disgrace! I really despise foreign governments and human rights organizations! You make me feel sick! 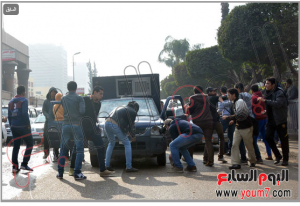 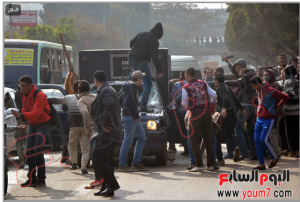 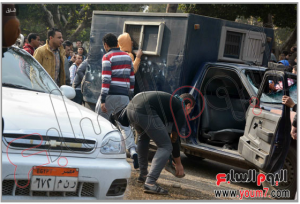 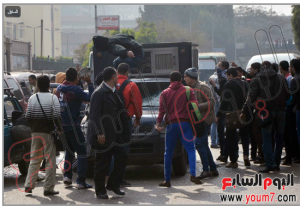 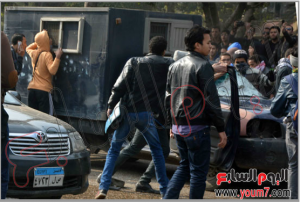 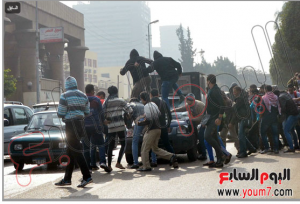 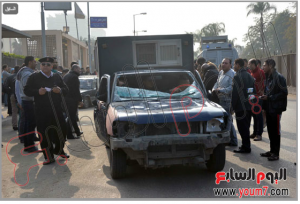