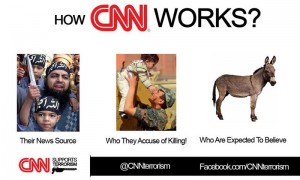 Yes, this is how exactly CNN works.

The following shows Aljazeera English Channel on the 26th of July 2013, they were showing pictures and live images from Al-Etehadeya Palace where the supporters of Military against Terrorists were demonstrating and wrote on it Rabaa Square Mohammed Morsi and Muslim Brotherhood supporters. Of course, CNN showed the same thing and so is France 24 and so is Euro News!

Another video Showing the same scandal- and of course when they say sorry oh we made a mistake, they just wrote it on the news bar for a second as if it was ok to make such mistakes. 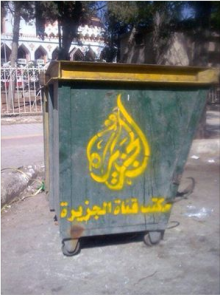 On the 31st of July as the video shows, the Egyptian Police caught a big truck full of weapons armory, different kinds of  weapons, machine guns and missiles going to Rabaa square, Alnahda Square and North Sinai. Guess for who and for what? For the Muslim Brotherhood Militia peaceful demonstrators because they were planning on making an Egyptian Civilians massacre Barbecue. Oh too bad that Mrs Catherine Ashton left before attending that special occasion to share it with her Militia brotherhood friends!

And of course CNN never announce or show a news like that because that would damage the terrorists reputation, the terrorists that USA, Europe, UK, CNN and Aljazeera are supporting…

Thanks To The USA And Their Allies, Muslim Brotherhood Militia Terrorists In Egypt do Have Rights nowadays.

David Cameron British Prime Minister said in a landmark speech to the Council of Europe, Human rights laws were stopping Britain from protecting its citizens from terrorists and British authorities are not going to let fake human rights organisations stop UK from fighting terrorism and no body talks to him about human rights when it comes to the UK national security affairs and at the end of speech, he saluted British police officers for their great job and courage in fighting terrorists and criminals!

UK has a different attitude though in relation to terrorism in Egypt committed daily by Muslim Brotherhood Militia all over the country against civilians, military and police officers. Of course, UK support terrorism in Egypt and it’s putting pressure on The Egyptian authorities to release Muslim brotherhood terrorists and Mohammed Morsi, who are charged with terrorism and massacres against civilians before and after the 30th of June 2013.

But who knows better? the British or the Egyptian civilians whether who lost their lives in Terror acts committed by Muslim Brotherhood Militia since they got to power till this minute, or those civilians who are still alive and not killed yet and are fighting terrorism? Of course England knows better!

Does it mean that the British Authorities have given pardon to the Guy who slaughtered the British officer in UK a few month ago? I think they should and I think that we all must support terrorists and finance them as well otherwise, countries like UK, US and Europe will consider Egyptians as retards. 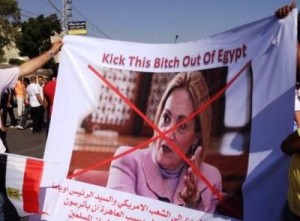 Anne W Patterson  US Ambassador in Cairo Egypt, that woman really has a very delicate heart, just like a bird’s heart, she can’t stand the thought that her Muslim Brotherhood Terrorists friends are being arrested for criminal and terrorists acts and she can’t do anything about it!  That’s the message of all EGYPTIANS to you Patterson! You are not welcome in Egypt! Which part you don’t understand honey?

Catherine Ashton the EU’s foreign policy chief, is also missing her terrorists friends, she came to Egypt to check on Mohammed Morsi’s conditions. When she attended a meeting with Tamarud Campaign, one of the members asked her: “Do you accept that Al-Qaeda Terrorists Organization have a peaceful demonstration under your house? She said NO! so the guy told her that’s what we have in Rabaa and Alnahda Squares where brotherhood are having armed demonstrations. Of course she told the truth as long as it’s not under her house and it is just under the Egyptians civilians houses, that’s fine! 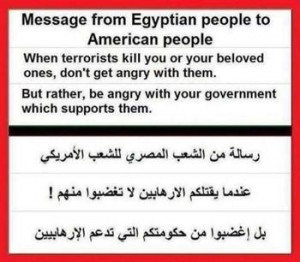 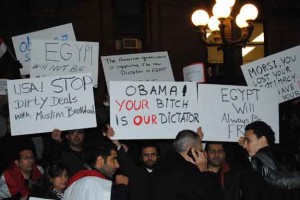 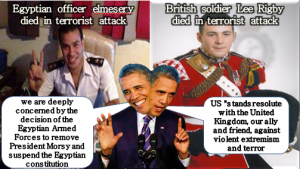 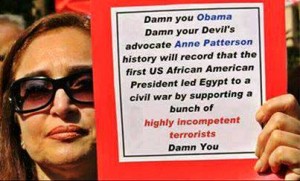 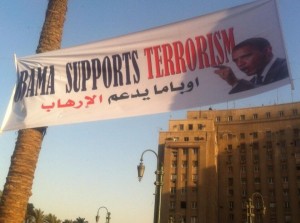 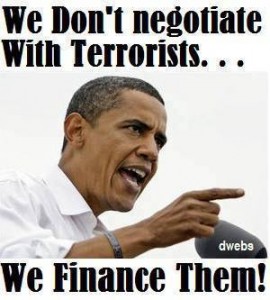 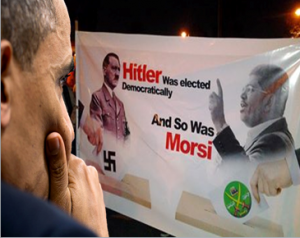 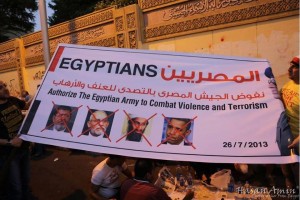 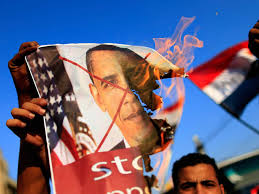