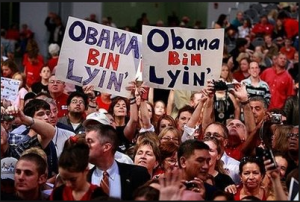 It was really disgusting  to hear Obama speaks about honor and principles.

September 24, 2013 Obama spoke about the problems of the Middle East at the United Nations. Finally, he was forced to admit to the world that the Brotherhood failed to lead the country, and Mohamed Morsi had no desire or intention to be the president of all the Egyptians, but a president to his brotherhood Thugs only.

Obama said nothing about the massacres committed by the Muslim Brotherhood against the Egyptian society, he didn’t condemn any of their crimes whether in Egypt or Syria against Humanity and specially against Christians.

But Obama did not forget to condemn the Egyptian government in the application of the emergency law and the repression of journalists and opposition and freedom of expression! What opposition, press and freedom of the media are you talking about, Obama Bin Lying? Do you really believe what you are claiming?

Who appears on the scene now in Egypt, Obama you jerk? It is the opposition you big liar! Obama is still defending terrorists Rights. Terrorists who got arrested according to the law, and wanted for Justice and trials, Terrorists who are accused of torturing and killing the Egyptians and exposing the national security of Egypt at risk – Terrorists who dared to ask the US and Nato, to start a military attack against Egypt and Syria. Obama is again defending the freedom of terrorists and killers!

Obama is known in the States that he is a liar, and he can lie and say something and the opposite of it in less than 5 minutes!

Obama, keep your butt in your internal affairs, and move it from our region. The hell to your Aid, and know that every time you mention the US is the sponsor of the Egyptians willing and choice, you really sound so disgusting and a big Moron! Who do you think you are fooling, Obama Bin lying?!

It’s none of Your business any of the Egyptian Internal Affairs, why don’t you stick your dirty nose in your own internal affairs that you are screwing up every day, you big loser?!

Obama, do you think that Egyptians really believe that you are the kind keeper Angel of the World Human Rights? Obama, in Egypt, we consider you the Sponsor of  Terrorism in the whole world and in addition, all Egyptians Contempt you!

In Egypt, and after the 30th of June 2013, we are finally are breathing Freedom and Dignity after we got The Brotherhood Fascists regime down, and we are doing well in fighting Terrorism all over the country. And it is almost over, thanks to our brave Military and police forces.

Obama Bin Laden, how come that we haven’t heard that ugly voice of yours, when Brotherhood were terrorizing the whole community, that if they do not win the elections, they will burn the country and burn all of us alive? And who told you that Morsi was elected democratically? No he wasn’t. An original document appeared recently, proves that the Presidential Elections were forged, and there are investigations now about that forgery.

Where were you when Muslim Brother terrorists Group were practicing Oppression, terror and murders against Journalists, judges, media, press, Christians, Military, police and moderate Muslims individuals from the first minute they reached power in Egypt! You were there Obama, it just all the Brotherhood crimes and oppression practices against Egyptians, suited you then!

There are seven things the Lord hates, and all are describing you Obama Bin Lying:
Your haughty Eyes, your lying tongue, your hands that shed innocent Blood, your heart that devises wicked plans, your feet that make haste to run evil, your false witness who breathes out lies and you sow discord among brothers.