On 9 May 2015, the Egyptian ministry of Defense published on their official website, a counter terrorism report related to Sinai from 25 October 2014 to the 30th of April 2015, details as follows:

1873 Suspected elements have been arrested and were transferred to investigations authorities, to take legal procedures towards them.

591 different type of vehicles without plates were destroyed during raids, insurance and pursuits.

1447 motorcycles without plates were destroyed during raids, insurance and pursuits. 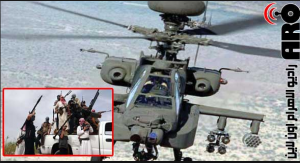 Main explosive devices and materials whether dealt with or  seized

2. Explosive devices and circuits seized / detonated by the security forces 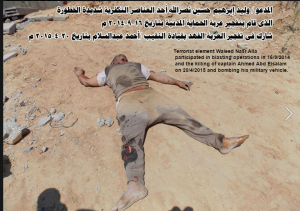 Other sources for this report: The official Facebook page of the official spokesman of the Egyptian Armed forces.