If you are a victim of any Armed or violent Group like the Muslim Brotherhood and their supporters in Egypt, and if you are not a brotherhood supporter, Please don’t report to Amnesty International because your testimony even if you are a victim, will be considered as spam! Who to report then? To your God, unless Amnesty International will consider this a Human Rights Violation too!

6/10/2013, Video Brotherhood Human Rights in burning the Dokki Traffic station- eye witnesses don’t have any human rights to report that Brotherhood supporters were shooting randomly at people in the streets or that they burned the traffic station, while they were chanting that they were demonstrating peacefully.

The military Broke the Law and committed serious crimes, when they were trying to stop clashes between brotherhood supporters and people who live in the neighborhood, to stop them from attacking each other. 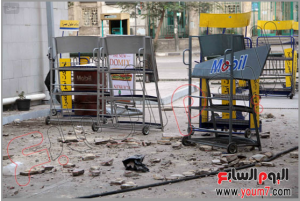 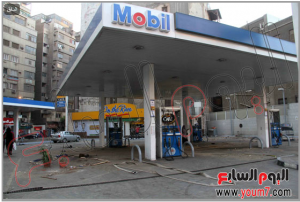 Video, 6/10/2013 – Brotherhood supporters Human Rights in attacking Al-Azbakeya Police station – a sound from a guy was calling the attackers to get back and not to attack the police station and another guy replied to him by saying no don’t call them to back off, let them fight the police and break into the police station.

Video 6/10/2013, eyewitness in Ezbet Awlad Alam Cairo, who don’t have any Human Rights  in reporting that he was injured when Brotherhood supporters attacked him and the people who live in the area because they were celebrating the 6/10 war victory, when Brotherhood supporters attacked them, they stayed in the street to protect their properties. He added that a car was passing, and the driver was wearing a police uniform, Brotherhood supporters attacked him and was beating him, the people in the area  managed to rescue him from their hands and took him inside one of the buildings, they went after them and they start to burn our properties again, so we manged to gather ourselves and we succeeded in kicking them out. We are protecting our area and we saved the police officer from the brotherhood, who were beating the officer and saying kill him he is an atheist.

He also showed the cameraman the damages Brotherhood did to his shop. This Eyewitness must be condemned to death because he doesn’t have any Human Rights in reporting Brotherhood supporters Violence.

Video 6/10/2013, brotherhood supporters Human Rights in cutting the tramway road and blocking the road and attacking and terrorizing people with fire works in Zaitoun Area Cairo.

Brotherhood Human Rights in attacking popular committees who were standing surrounding Tahrir square from MB attacks. And protecting private and public properties from being damaged and burned by MB supporters – 6/10/2013 Tahrir Area.

On the 7th of October 2013, Brotherhood and their Militias Human rights  in starting terror attacks in different areas in Egypt and they took place almost at the same time.

7/10/2013 – 5 military soldiers and one Officer got killed, and one soldier got injured after they got shot by Armed Militias who were just using their Human Rights in committing Crimes on Sowair Road Close to Ismailia City. Military individuals were heading from their camp to Salheya Algadid. The name of some of the Military Martyrs: Lieutenant Ahmed Ibrahim – Mustafa Khidr – Abd Elnasser Fekry – Mahmoud Ahmed Abd Elrahman – Moaz Mohamed Nour – Mohamed Zakaria. 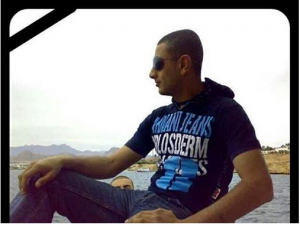 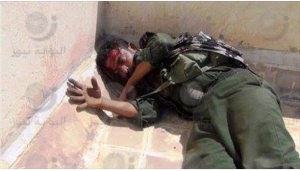 7/10/2013, MB armed Militias Human Rights in attacking Satellites headquarter in Maadi with two RBJ, one targeted the satellite functioning for International calls, the other one failed to hit the target – the following screenshot shows the satellite after the damages. 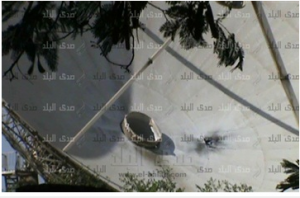 7 october 2013 – South Sinai, a bombed car exploded inside the security yard directory in Altor City, resulted the death of 2 Police individuals and the injury of 48 officers and soldiers – a hotel training school and the general Diwan of the Governorate building got some damages due the explosion. 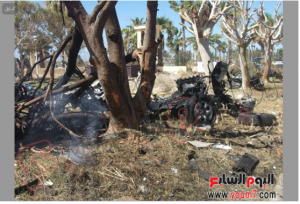 7/10/2013, In Behera City, Kafr Aldawar, a husband (Sobhy Gomaa Zedan, member in Muslim Brotherhood organization, and he works in the water company, Used his Human Rights in torturing his wife (Soheir A. 44 years old) for two days, because of the 6th October celebration. She refused to hang Mohamed Morsi’s picture in her bedroom and he caught her listening to one of the Egyptian national songs. The wife said that he was also torturing their child daughter by strangling and beating her. The wife added that he was beating her so hard and she was rescued by the neighbors when he was strangling her and her daughter. She made an official statement in Kafr Aldawar police station no, 4 dated 7/10/2013. 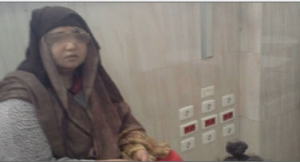 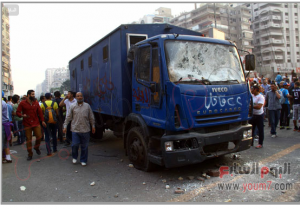 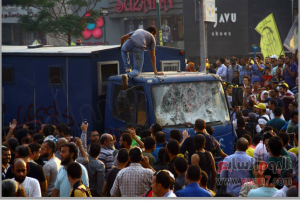 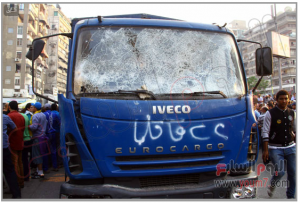 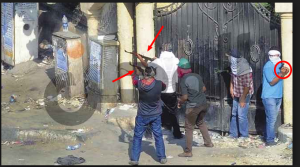 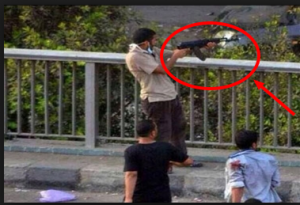 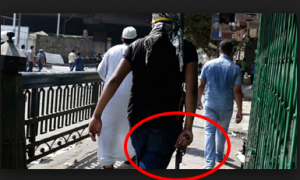 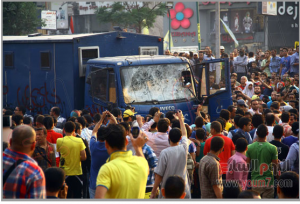 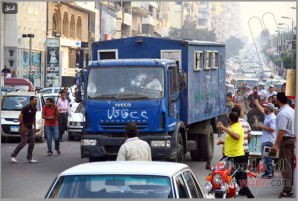 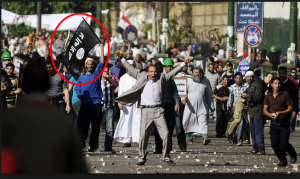 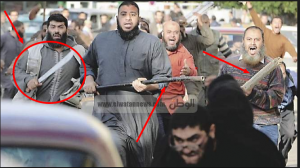 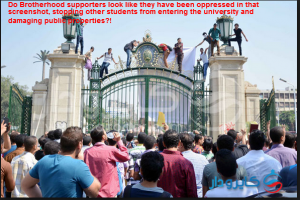 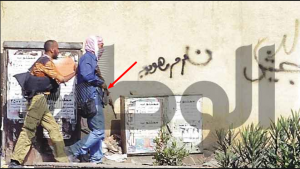 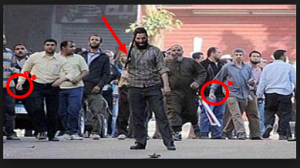 Brotherhood supporters terrorizing Egyptians in the streets during violence demonstrations 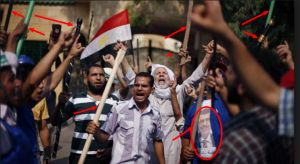 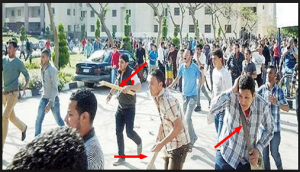 Brotherhood supporters violence in the universities of Egypt – October 2013 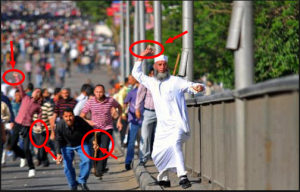 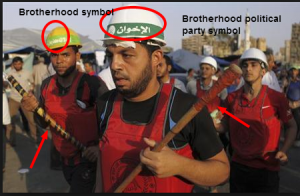 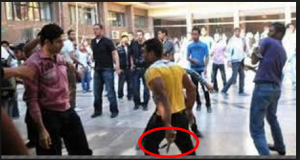 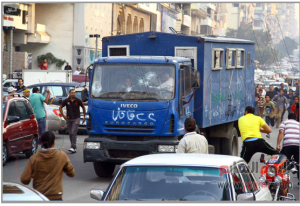 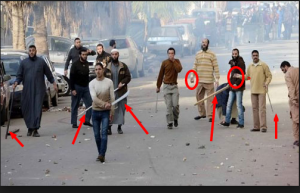 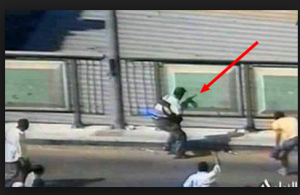 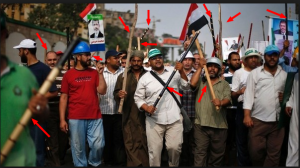